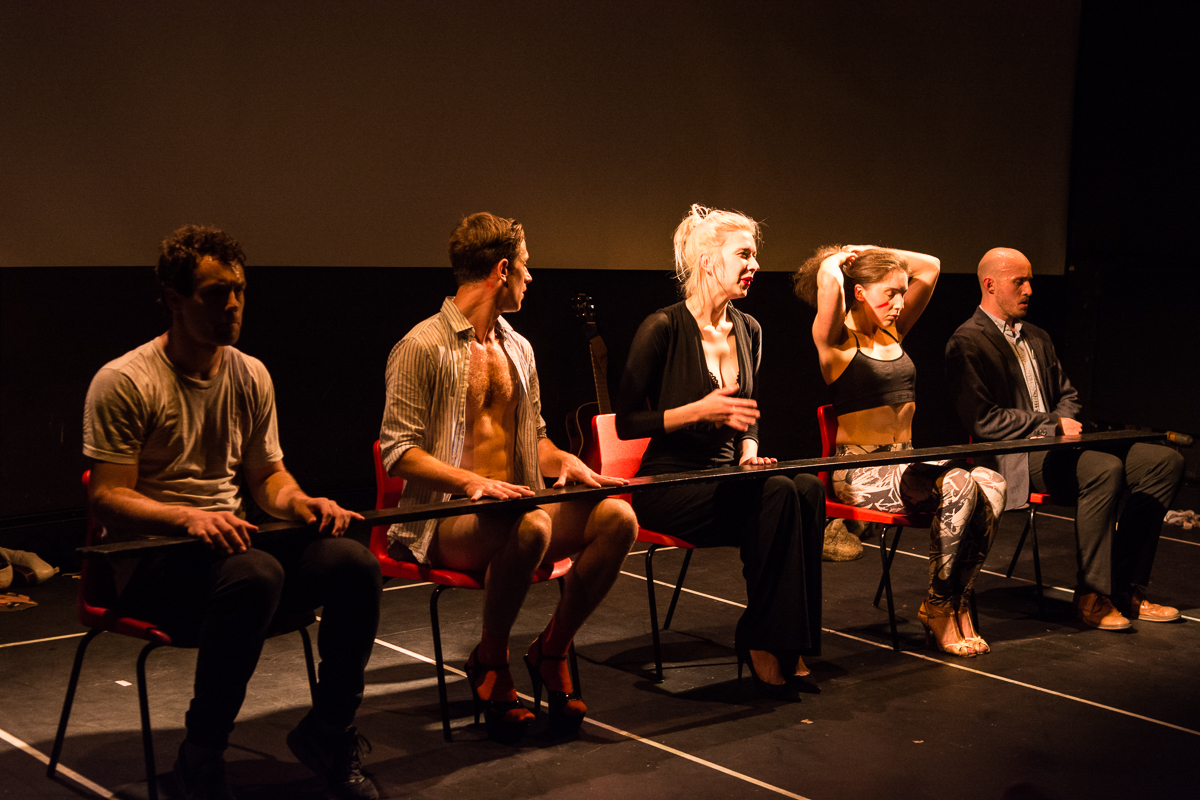 So you guys met on the Theatre Lab course at RADA, when was that?

DEAN: In 2016, so coming up to two years ago. We formed two thirds of the way through the course. In the third term is a project where you’re basically placed into a company and have to create something independently outside of class time. That’s where our first show, Lucid, was born. It was a very short, twenty-minute version, and then we just took it through different stages of development from there once we left the course. 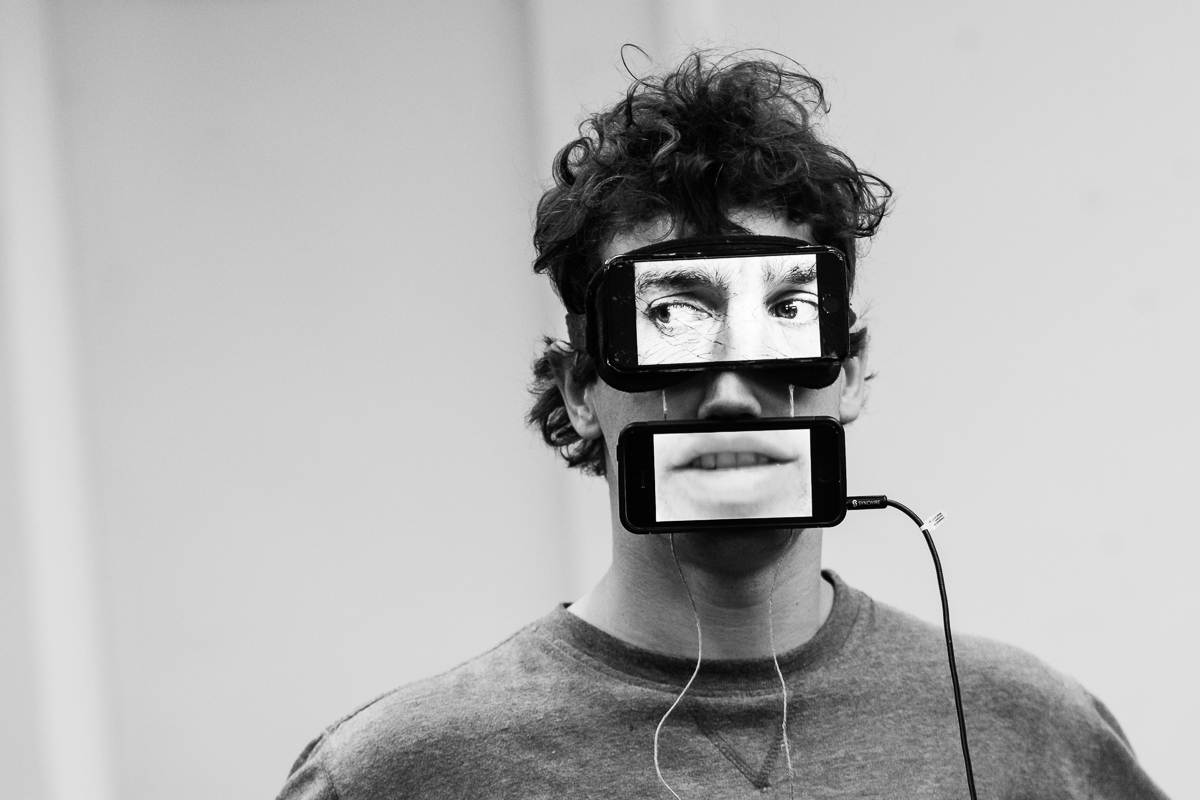 What would you say the most formative experience for you as a company has been?

JO: Two moments that were most formative, in my mind: there was our graduation show from the MA Lab, when we all worked together with the rest of our class, and that show, Clay to Flesh, was directed by Simona Gonella who’s directing White Noise. Clay to Flesh was where we really found and saw each other’s strengths in much greater clarity: from text and writing to physicality and puppetry and singing and musicality.

Then the other point where we all came together was when we went to Estonia and worked with Lloyd Newson [DV8’s Artistic Director] for seven days. That was a great working process, because we got to work together, being directed by this grandmaster. 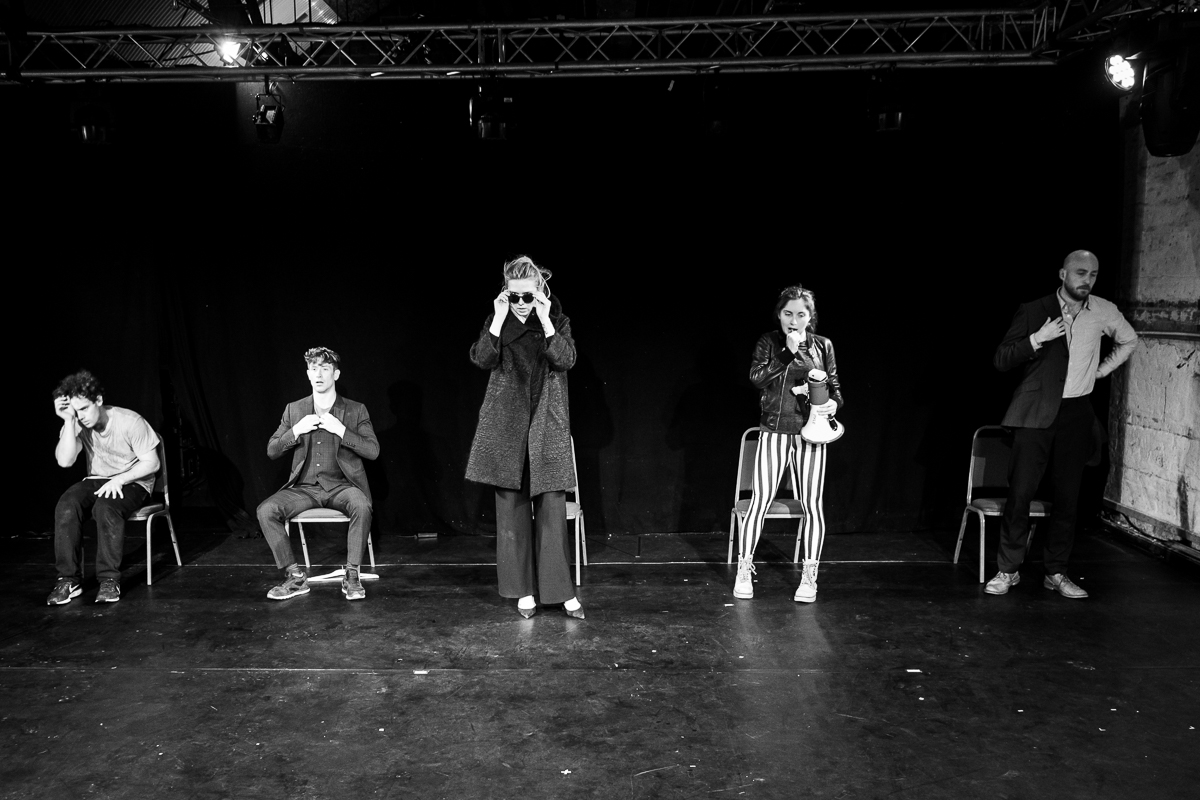 What has been the biggest development in your artistic practice?

DEAN: In terms of the process for the company, what’s changed is that we’ve opened up to more collaborators; we’ve brought in a director (Simona Gonella), we have a designer involved (Julian Starr), as well as Chris (Christopher Adams) as a deviser and digital designer Shankho Chaudhuri. So that sense of expansion, in terms of the way we work has been quite a change I guess.

KATARIINA: There are always two sides, we have this artistic thing we do and that the same time we have to organise and run the whole thing. So I think, it’s becoming more and more clear to us how to run a company; we’re not just actors but we have to figure out everything around how to put a performance on. So that’s something that is constantly in development and still forming. 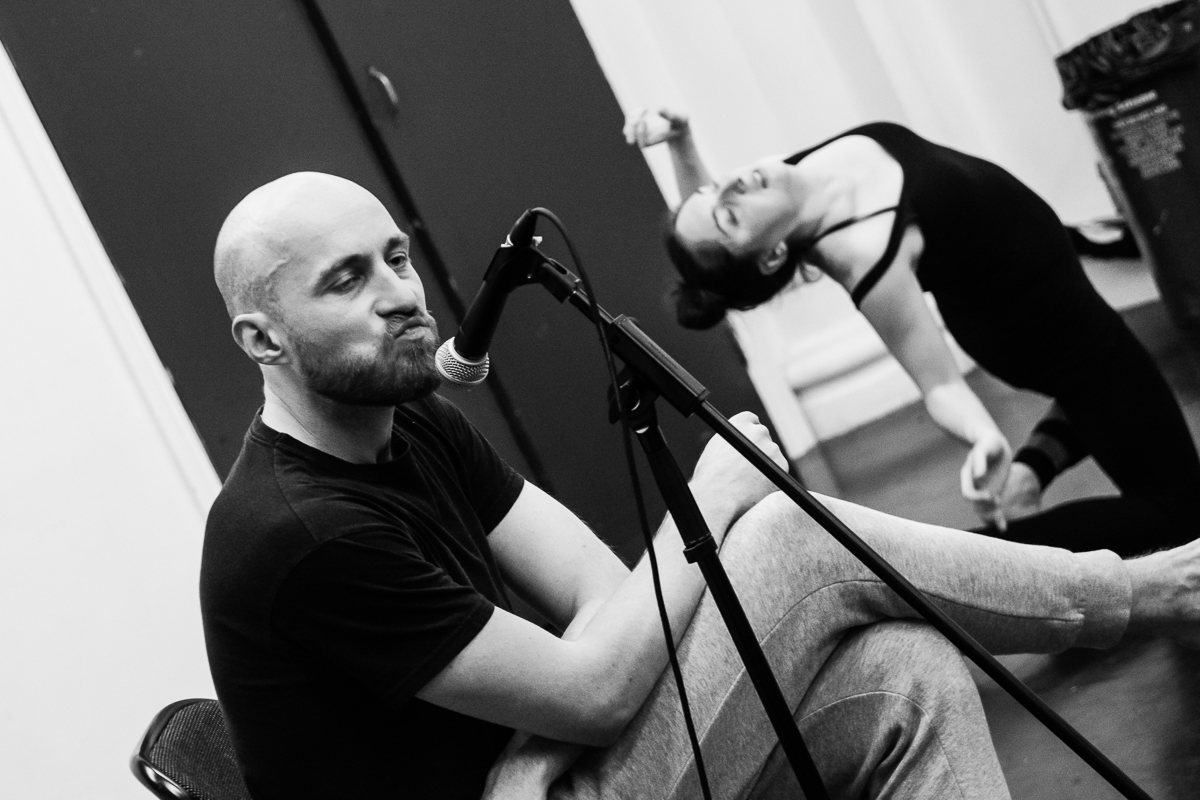 The way you work at the minute sounds quite flat, would you say you operate as a kind of collective?

DEAN: Yeah absolutely. One thing I feel that makes that option viable is that we share a common language from our training that’s fused us together. We all come from different performance backgrounds – so that’s the thing that binds us. For me, my theatrical instincts have been changed and formed by that, and I think that’s the case for all of us: we share a common instinctive sense of what works and what doesn’t, so it’s not often that we butt heads over creative decisions. We try things, and it becomes clear quite quickly whether they work or not. 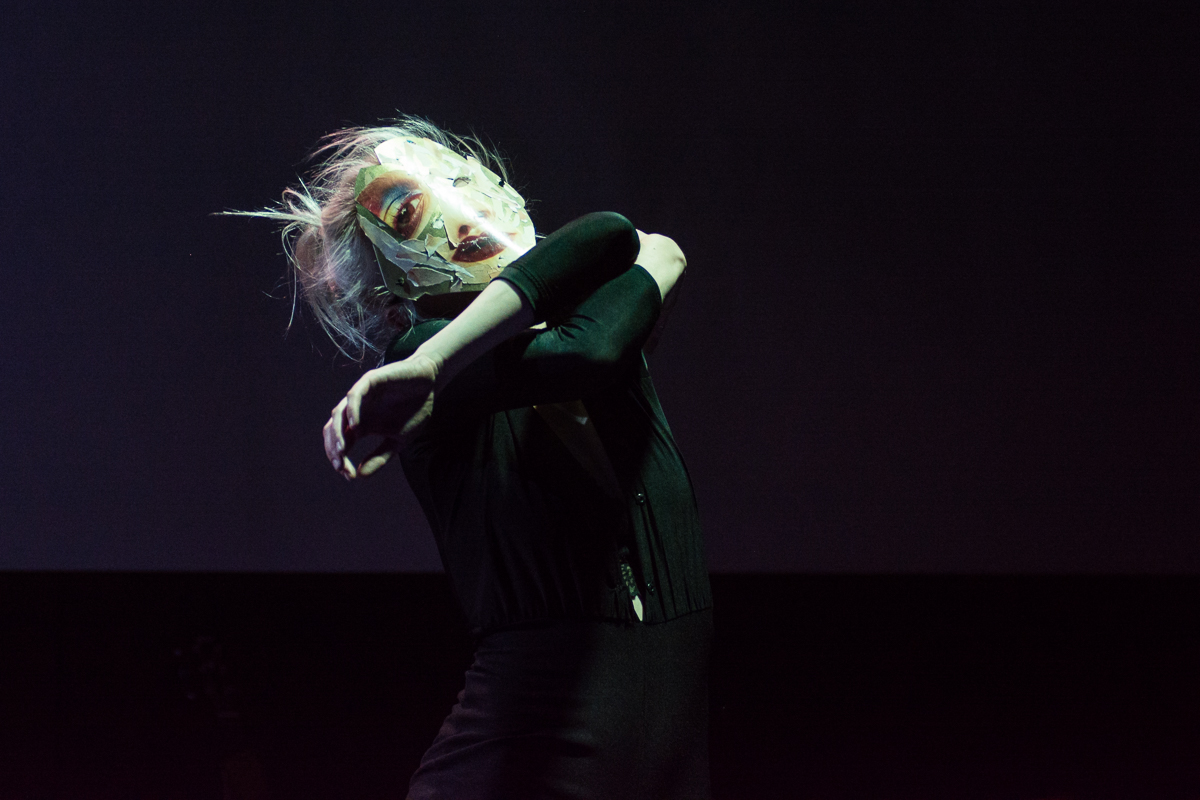 What were your backgrounds, prior to the MA together?

DEAN: So as well as an actor, Stef is a singer, she tours in a lindy-hop swing trio and records. She’s Austrian but was based in Germany, performing in German theatre. Tom is an actor as well; he was based in New York and then returned to the UK. I was an actor, quite into physical comedy and clowning, a bit of writing. It was a mix of spoken word and comedy and acting.

KATARIINA: I was doing work as an actor in Estonia, I was trained as a puppeteer, so worked as both. I’ve done some comedy as well.

JO: I was a circus artist before, so trained in Europe and lived in Europe and mainly worked… well all round really. It was a mixture of contemporary circus, theatre and dance and acrobatics as well as circus skills. I was also doing corporate events – big shows – Franco Dragone, Cirque de Soleil type things around the world. Then I got a bit bored of that because I felt a lot of it was quite empty; not really telling stories or having any content or narrative. So I decided to shift into the more theatrical world and then came to the [MA Theatre] Lab. 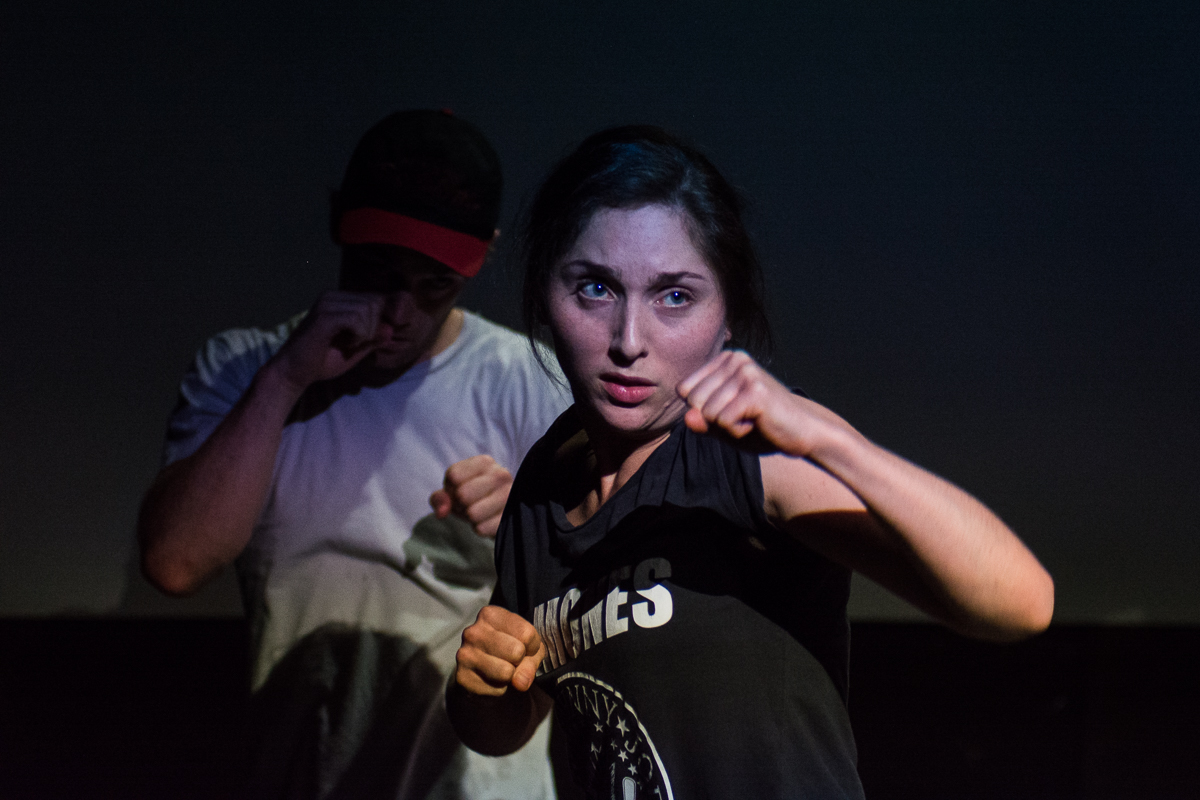 Is there an artist that has influenced you the most as a company?

DEAN: …Lloyd Newson, Jan Fabre in terms of aesthetic, we worked with him for three weeks at RADA… Simona, obviously. There was also a show that was a real point of reference for us…

JO: The choreographer Crystal Pites with the writer Jonathon Young, who collaborated to make Betroffenheit.

What do you feel has been the biggest change in the world of the type of work that you make?

JO: In my opinion there’s a massive shift happening at the moment, in that we’re becoming less mono-artistic and we’re blending arts more: it’s huge. If you look at opera, circus has been massive in opera in the last decade and even more circus is being built into opera. Similarly, in the circus industry we’re bringing in all sorts of things like puppetry, so all of those artistic factions that used to be quite separate – if you were a dancer it used to be that’s all you did, or if you were an actor you acted – are being drawn together. Now what we’re seeing in theatre or performance art or live spectacle is all of those different disciplines starting to merge and complement each other in shows and I think we’re seeing that more and more: a new renaissance!

DEAN: It’s a lot more physical now, even shows at the National, mainstream theatre, really seem to be pursuing a more embodied physical form. It’s not always successful though, a lot of the time it does feel like it’s just a layer that’s been painted on, on a superficial level.

JO: In many ways I think the UK’s a little bit late on that. Europe’s moved away from naturalism about twenty or thirty years ago. But the UK has stayed more entrenched in this theatrical narrative and literary tradition. But now it feels like England might be catching up a little bit and starting to blend some of the arts and create more visual art. 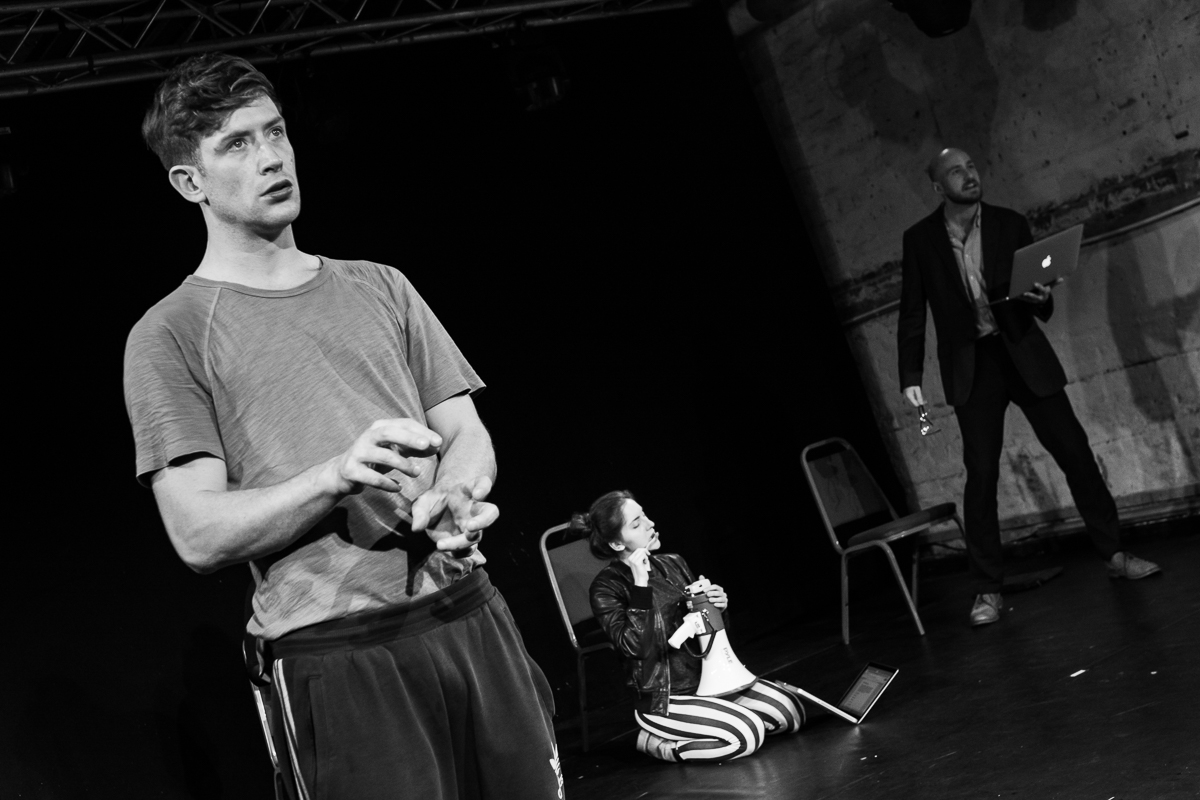 I think it’s more of an assumed thing now that actors, particularly young ones, are going to be making their own work.

DEAN: I honestly find it hard to see how actors, at least on a certain level can even exist without having something to put their energy into. I can’t fathom not having that.