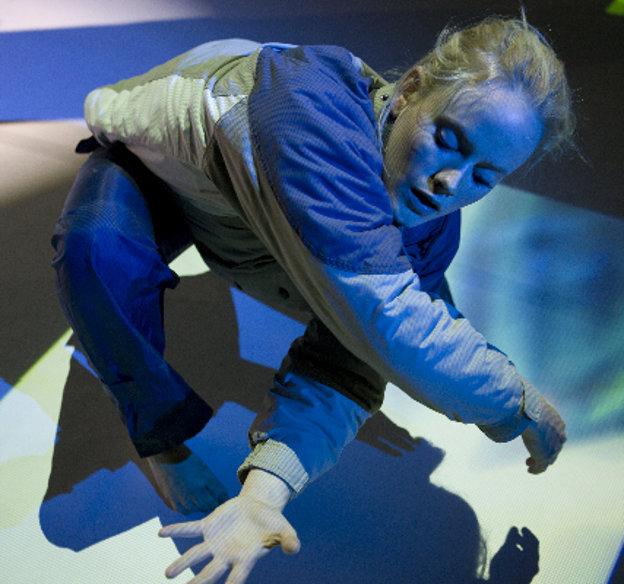 Having won a Fringe First last year for the critically acclaimed Your Last Breath, Curious Directive’s second Fringe production comes loaded with some expectation. Much of this young devising company’s work explores the role that science plays in life, and in After the Rainfall, loss, colonialism, nuclear power and human ambition are thrust sharply under the microscope.

Set in a variety of time periods, sweeping and complex narratives are played out and linked together by an overarching theme – specifically an examination of the parallels between human and ant behaviour. In the opening story, set in a near and seemingly dystopian future, a revolutionary publication linking the ways in which ants and humans communicate is causing huge media controversy. The theories examined therein (namely territory, natural resources, artefacts and most interestingly ‘the point of change’) provide a solid framework for the production. Largely character-driven, the piece’s most effective narratives were those of Rashida (Colette Tchando), who lost her brother in the recent Egyptian uprising, and Claire (Karina Sugden), who is dealing with a bereavement caused by a Cumbrian mining accident. Both performers expressed their paralleled stories with admirable skill and energy.

Under Jack Lowe’s consummate direction, the production’s curious, questioning nature always remains firmly at the forefront, and is enhanced by some slick and well executed movement sequences, excellent stagecraft, and a largely well-placed use of multimedia that includes moving projections and scientific imagery. The sheer breadth of ideas and ambition in this production cannot be denied. However, sometimes this comes at the expense of emotional depth or clarity of story, which made it feel difficult for me to achieve consistent engagement as an audience member.