do kids do better with homework best quality writing paper drg assignment the argument essay how to not do your homework how to write an descriptive essay pornjk.com tube600.com xpornplease.com redtube.social porn600.me porn800.me watchfreepornsex.com tube300.me 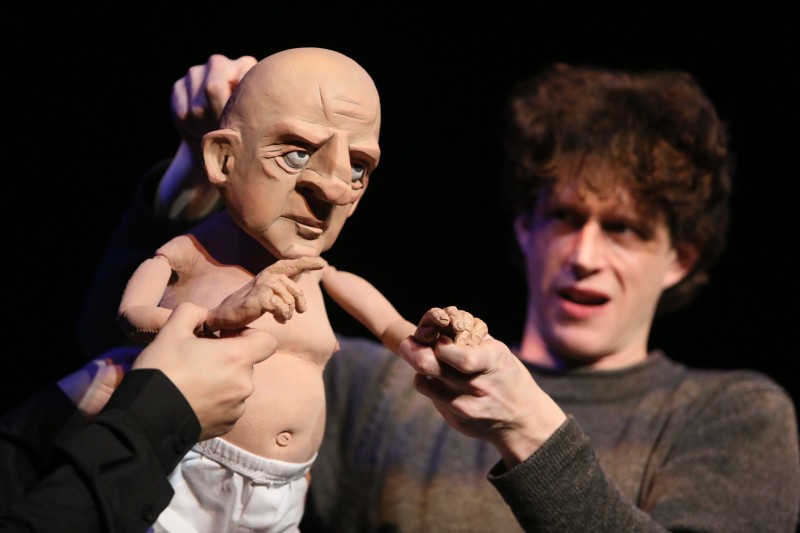 Dissonance is the story of wise-talking hitman Mikey, ‘The Ghost’, and the existential crisis he faces after a chance encounter challenges him to look more closely at his life’s choices – and question if he ever had choices at all.

We first meet Mikey, a bald-headed tabletop puppet wearing nothing but his pants, holed up in his New York apartment. He invites us in, shows us around and begins to tell us the story of how he came to his current predicament. We follow his story back and forth as he deconstructs the significant moments of his life, his narration hilarious and harrowing in equal measure: a riverside initiation, a Mexican border crossing, Toys R Us. Each memory offers us a little more insight into Mikey’s character and each deconstruction offers a little less certainty for Mikey of what that character is, and what is should be.

Supported by research from the University of Lincoln and the Wellcome Trust, Dissonance tackles some heavy themes, and some profound and often uncomfortable ideas are contained within the darkly humorous narrative. Mikey describes dissonance to us as the state of holding two conflicting truths in the mind simultaneously, and the play’s narrative centres on the choices we make in order to resolve that conflict and rationalise our actions. But the question Mikey keeps facing is, are those choices really choices at all? As one character puts it, ‘we deny logic in favour of ourselves,’ changing our views instead of confronting the harsh reality of the hurt and damage we might be causing.

Philosophical hitman or not, over the course of the show we become attached to Mikey and his no-nonsense, yet often poetic, views on existence – ‘I was drifting on a sea of thought.’ We cannot help but join him in his psychological struggle it as he contemplates the ideas of self, identity and agency. We feel acutely the irony and humour as, despairing, he yells ‘I am not a puppet!’.

So engaging is his plight, that it’s easy to forget that there are indeed three puppeteers deftly controlling his head, arms and legs – their remarkable and seemingly effortless craftsmanship bringing him to life. The play begins energetically, showcasing his movements, buying the audience in to Mikey’s story and his reality. With only a single prop on stage, it is the precision of Mikey’s gestures and reactions combined with an engaging and well-executed sound and light design, that create and populate every scene: touring his apartment, relaxing in a steam room, dodging bullets, axes and explosions – each scene all the more complete precisely because we are forced to imagine it and fill in the gaps. With the crook of a finger here or the tilt of a head, the puppeteers artfully create an entire cast of distinct characters: teenage delinquents, an expectant mother, an agitated yet well-educated steam room companion. It is a colourful and vibrant story entirely channelled through our semi-naked narrator, which itself cleverly expands upon the show’s questions about the ways we construct our realities.

Like much art with such complex subject matter, Dissonance leaves us with more questions, perhaps, than it answers. Mikey’s journey inspires the audience to face the uncomfortable truths about how and why we make decisions, inviting us to become more than puppets to dissonant thought, and challenging those who seek to use it to manipulate and coerce.