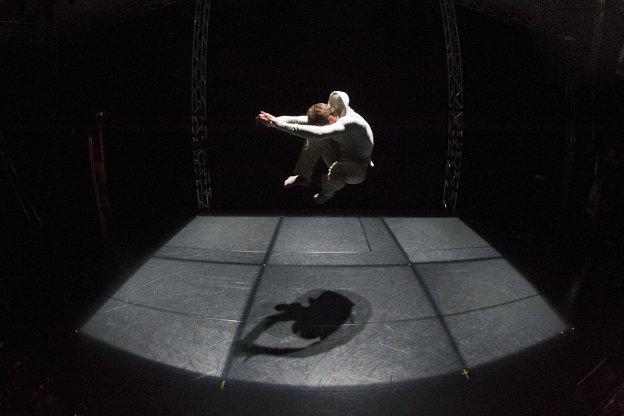 The Point, an Eastleigh arts venue/centre with a strong connection to total theatre work, has announced the four Associate Artists it will work with from October 2012. These are:

James Wilton – ‘A graduate of the London Contemporary Dance School, James makes highly physical dance, often played out against pumping original soundtracks. He has already won numerous accolades including the prestigious Sadler’s Wells ‘Sadler’s Sampled’ in which his work The Shortest Day beat 500 other entries from around the globe. During his association with The Point, James and his company, James Wilton Dance, will focus on developing a number of projects including the creation of a new outdoor piece and establishing several dynamic youth platforms. ‘

Two Destination Language – ‘Formed by Katherina Radeva and Alister Lownie, Two Destination Language is interested in creating stimulating experiences for audiences through live art, drama and movement. As associate artists of The Point, the company will create a new piece, Near Gone, that explores the experience of loss; as well as working to bring their microfest FLINT to the Eastleigh venue.’

Hotch Potch – This vibrant company specialises in making interactive outdoor performance with a subliminal environmental theme. While at The Point they hope to develop a new show that explores physical practices such as acro-balance, stop motion and human statue. They will also develop their current cabaret-style work to run alongside The Point’s popular From Scratch nights.

Neil Callaghan – A former member of choreographer Lea Anderson’s all-male company The Featherstonehaughs, Neil is both a dance artist and performer. His work explores ecology, place, space and human experience. Recently, he has been in collaboration with artist Simone Kenyon. As an associate of The Point Neil is hoping to complete his first solo piece in four years, a work that will examine the difference between loneliness and solitude.

Based at The Point, the new associate artists and companies will have the opportunity to use the venue’s extensive facilities including its state-of-the-art Creation Space while creating new pieces, as well as receiving mentorship from The Point’s artistic director Sarah Brigham and its creative producer Sacha Lee. Other benefits include access to business, technical and marketing support along with the opportunity to share new work with The Point audiences, industry network platforms, schools and local communities.