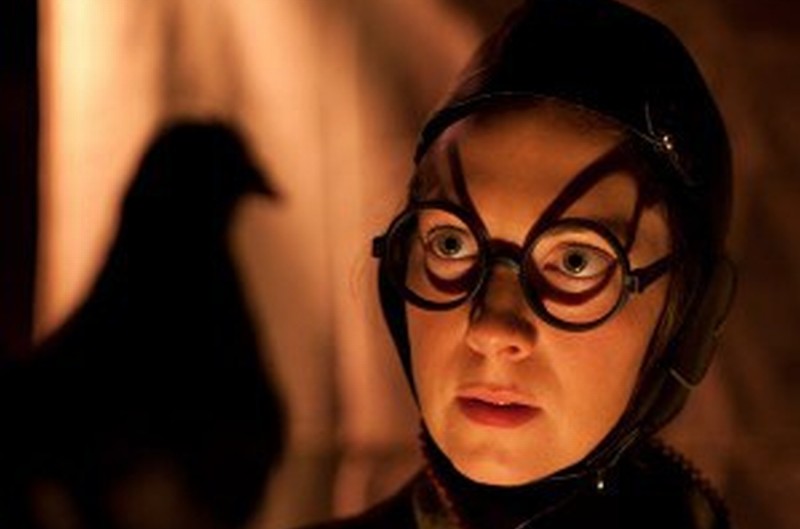 Head in the Clouds is a warm, gentle, and genuinely enjoyable solo show that explores the story of Marie Marvingt, a French woman from the 1800s whose key desire, following her mother’s death, is to learn to fly; first metaphorically and then literally. Based on a true story, Marie does indeed fulfil her wish, and much more besides, including developing the first Air Ambulance.

In Marie, skilled comedic performer Helen Aldritch has created a likeable and humble character, who engages the audience through song and direct address (in both French and English) and keeps us absorbed through humorous and sometimes touching interactions, including a kissing demonstration and some entertaining stage business involving a stuffed pigeon.

In both her ability to multi-role and her well-choreographed physicality Aldritch excels at bringing often abstract scenarios to life and creating strong stage pictures with simple objects and set. Themes of endeavour and love run through the production, with the repeated assertion that ‘love is about all of the changes you make’ being aptly illustrated in the journey that Marie makes to reach her goal. Aldritch’s creation of Marie’s lover Albertus is particularly striking and amusing: he is characterised as an oddball whom she nonetheless adores, and her fantastical story is really helped along by re-enactments of events involving the couple.

The fact that the characters are so well shaped is what kept me rooting for them until the end, though the small technicality of sound effects being rather loud and Marie being a softly spoken character did mean that I missed some information. However, this did not detract significantly from what was an interesting piece, delivered with energy and pleasing attention to detail.