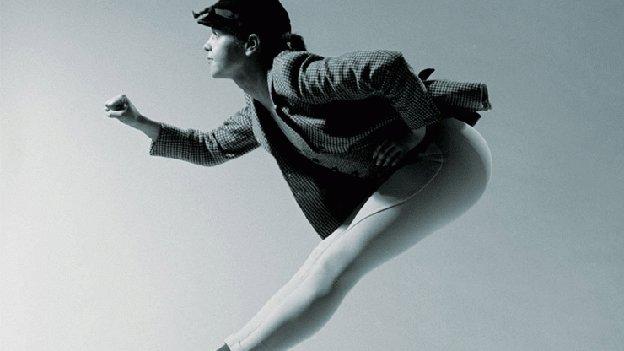 The number of straight young men encouraged into ballet schools might plummet after two and half hours of brazen campery in Matthew Bourne’s triple bill. Presented to celebrate his company’s 25th anniversary, it is a timely selection for a year of Jubilee and Olympic festivities, a lighthearted, nostalgia-ladened programme of exquisitely performed classical ballet with a contemporary twist.

It begins with Spitfire. Four men in white underwear recreate the 1845 pas de quartre combined with a hint of Balanchine’s Serenade. A further influence is from advertising – the men hold poses, perform duos, solos and group interactions to virtuoso classical ballet music. Fun, lovely to watch, slightly absurd and an audience pleaser.

Town and Country hasn’t been performed since 1991 and is the full-length piece that launched Adventures in Motion Pictures as a company of national importance. Played here in two parts either side of the interval, it is an affectionate look at Middle England. Downton Abbey springs to mind, as upstairs and downstairs scenarios are played out in short, themed episodes. A puff of steam and here comes Brief Encounter: Noel Coward sings ‘Dearest Love’ and we’re into Fred and Ginger – but danced by two men. The choreography is elegant and Bourne’s eye for the big stage picture is evident even in these early works.

The country episode is equally easy on the eye and ear. This time we have a clog-dancing routine, some bucolic milkmaids, birdsong and an unfortunate hedgehog. There are lifts and leaps, solos through to ensemble dances. The basis of the movement language is pastiche but Bourne takes it a step beyond, enough to make the work feel fresh and modern, for 1991 if less so for today.

Music has always been vitally important to Bourne – hence his ongoing reinterpretations of classical ballets and opera (Car Man for example) and inEarly Adventures the pairing of music and dance is key. It is particularly evident in Shallow Brown, by Percy Grainger, sung by John Shirley-Quirk. Here the mood darkens a little in a poignant scene that seemed to preface a call to arms. A dancer held aloft and walked slowly across the back of the stage, just the head in a shaft of light high above the country scenery, was truly moving.

The set throughout has been a lush red curtain augmented by simple structures to frame the sections, and for Country a garden backcloth just like the old railway posters promoting days out to Morecambe Bay.

For the third piece, The Infernal Galop, it’s a Parisian street scene, with scale models of landmarks and a typically French urinal. This is another review piece, with vignettes illustrating an English view of the French set in c. 1940s mode. There is Chopin, Piaf and Django Reinhardt and the hint of a can-can. Cocteau inspired matelots serenade a silk-gowned merman to the strain’s of Trenet’s ‘La Mer’.

Here at last a bit of grit enters the choreography, albeit beautifully composed, as a male couple’s attempts to have sex get interrupted – twice – by a jolly band of street musicians.

The dancing throughout by the company of nine is faultless, the lighting beautiful, but although the time sweeps by effortlessly the dance becomes too familiar and lacks light and shade. I couldn’t detect much development in the style or choreographic language. There are few truly mesmerising encounters between dancers in any combination. It is, to use a proper English expression, all very nice.