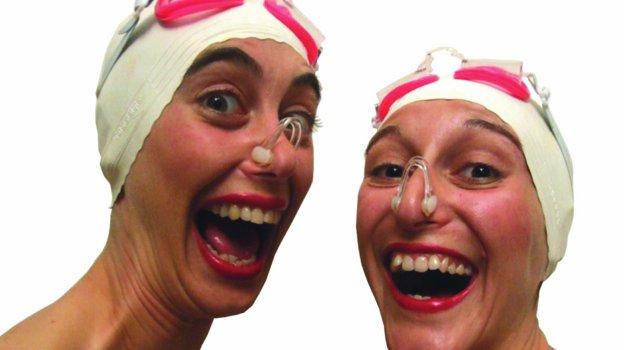 http://faithfamilyandtechnology.com/technology/is-cursive-writing-dead/ Over the last few years The Two Wrongies have made a reputation for combining dance, cabaret and comedy, and the show they bring to this year’s Fringe is no different to what you might expect. So expect utterly ridiculous and far-out ideas blended with cheeky choreographed routines and motifs. Expect nudity, lunging, sex education and surreal episodes of beauty and grotesquery.

a knockout post The Two Wrongies are simply too mad for their own good. Imagine a funny joke, then that lovely point when it’s not funny, then becomes funny again… Then imagine an instant when it goes so far beyond funny you’re squirming. The Two Wrongies seem to have mastered this art and all the better for it, daring to take their seemingly gauche and facile routines into sometimes pretty dark and edgy places.

top christian dating website Amongst the organised chaos we are subject to the, for lack of a better name, ‘conjoined Martha Graham(esque) twins’ routine, which is truly sublime. A stand-out not just in the context of their show, but as a piece of movement and theatre in general: one of my moments of the Fringe for sure. Some moments and interludes however seem like filler material, and – for me – come across as a little indulgent. I did also find the repetition of certain aspects overwrought in some respects: lunging is a great trigger point for a range of related humour and motifs, but overstretched as an idea when other, darker, and more controlled routines demonstrate how astutely clever and funny the duo really are.

I wont spoil the surprise in store for those brave enough to catch them in future (which I recommend you do), but suffice to say I would hire them to teach sex education any day…