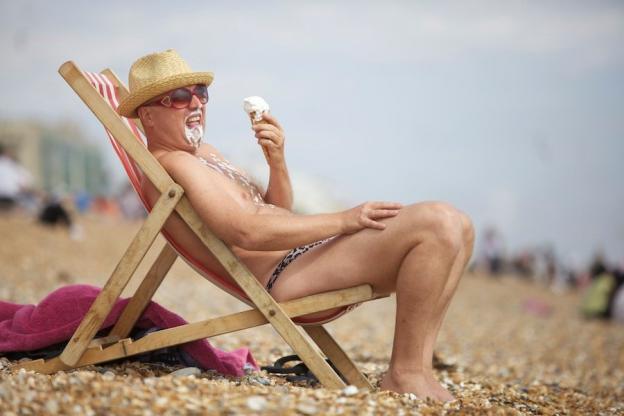 neurontin 100mg for pain reviews So, that was autumn then. Halloween, Bonfire Night and – if you live in Brighton – White Night, in which the city’s venues, clubs, art galleries, and museums open their doors all night to mark the end of British Summer Time and the turning of the year. The event is produced by Donna Close, who cut her teeth on the Streets of Brighton festival, so she knows a thing or two about programming outdoor performance and work for public spaces.

https://moorgate-pest-control.co.uk/1397-dte33898-slc-backpage-women-seeking-men-backpage-slc.html This year’s treats included environmental artists Red Earth on the beach; Rachel Henson’s Flickers, in which participants navigate an area using flicker-books of photos of the area they are asked to journey through  – reviewed by Total Theatre Magazine at Stanmer Park during Brighton Festival 2010 and relocated/reworked for the seafront for White Night; and Periplum’s Navigator, which also (unsurprisingly) is a navigation piece for one audience member at a time – in this case using a pre-made film played on an iPod, which the audience member uses to work round the small streets and alleys of Brighton’s ancient old town, The Lanes – a journey that is spookily un-nerving due to the disorientation and discombobulation that occurs as you try to marry the real-life 3D environment and the portrayal of that same environment on film, the minor differences in the two representations playing strange tricks on your mind.

http://americantowingsc.com/4043-dte73920-dating-sites-in-dallas-texas.html I had the privilege of being a guinea pig for Navigator on the night before White Night, and am proud to say that despite being a ‘luddite peasant’ I didn’t get lost, or break the iPod, and I even managed to turn down the right street occasionally, or look up at a window at the right time. It was quite odd to be followed along the route by six members of the company all anxiously looking after me like you’d carefully watch out for a tiny toddler taking their first solo journey along a street, ready to rush in and rescue them from trouble. Once I’d stopped panicking and relaxed into it, I find myself experiencing a delightful reflection on the passing of time, the nature of memory, and our perception of ‘reality’ – all framed within a gentle and wryly amusing take on lost childhoods that featured boys and bears of various sizes and age…

It was reported back to me that one of the most delightful moments that occurred on the actual run for Navigator was when one audience member – dressed as an angel, halo and all, and perhaps a little the worse for drink – turned out to be the most focused and attentive audience member of the evening, so completely enraptured and bent on his task, and moving so slowly and carefully and elegantly through the streets that he attracted an admiring crowd of observers following him in his quest.

If there’s a criticism of the show, it’s that the novelty of the form seems more important than the content at the moment – I’d like more characters, more street encounters, more integration and interaction with my environment, In saying this, I’m aware that these things take time and money, and that these are early days for this new work. And even at this delicate early stage of its evolution, Navigator is a witty, poignant and surprisingly moving piece of work, navigating (sorry!) street-arts supremos Periplum into fresh theatrical waters.

Our White Night commitment didn’t end until 1.00am, by which time many of the more interesting artworks and performances elsewhere had been and gone, and the town had descended into a litter-strewn outdoor Halloween party. I realise, on reflection, that the first two years of Brighton’s White Night didn’t, for reasons of how the night falls in the annual calendar, coincide with Halloween (which always ends up as an enormous big trashy street party in Brighton these days), and that it is thus better when it doesn’t clash. If the organisers are determined to stick to the clock-changing weekend, next year will also clash with Halloween. But there’s talk of the clocks not going back (Boo! I like GMT!) and if that is the case then White Night could be held on any old autumn weekend I suppose!

Anyway, back to this year’s: the seafront remained a place of respite from the town centre madness (at least, it was fine if you ignored the mooning boys and staggeringly high-heeled girls tripping over on the pebbles), and I was delighted to make it down to the arches for a second viewing of Liz Aggiss and Joe Murray’s very wonderful film, Beach Party Animal, a documentary-cum-performance-to camera work commissioned by South East Dance which was showing right through the night.

Beach Party Animal is rather in the tradition of the City Symphony films of Walter Ruttmann and Dziga Vertov – a very artful and cunning mix of staged set-pieces and real-life action, so deftly edited that unless you are in the know and spot the performers, it is hard to distinguish the plants from the real-live city folk, this being Brighton many of whom are of course completely bats and 24/7 performers anyway. And the plants – the likes of Tim Crouch as a wildman harpoonist, racing butt naked into the sea, and the Two Wrongies as girls who’ve had one over the odds and are trying to work their way through, over, and under promenade railings, bandstand, children’s paddling pool, and sea-groynes in killer heels and skirts showing what they had for breakfast, as my dear Irish mother would say – are in fact also genuine real-life loony Brighton city folk, so who knows how we distinguish the ‘real’ from the ‘fictional’ anyway.

Liz Aggiss and Joe Murray are both established film-makers, and a married couple – yet this is their first joint venture (to my knowledge, anyway). Her on-film choreographic talent for the artful arrangement of both objects and bodies has shown itself in many of her previous ‘dance screen’ works, many of which fall broadly into the Expressionist camp, often created with her regular collaborator, the composer and former Divas co-director, Billy Cowie. Here, in tandem with Joe Murray, she moves away from Expressionism into a crisper and sharper Hyperrealism. Aggiss and Murray apparently spent many, many weeks filming on Brighton beach at all hours of the day and night. Hours and hours of footage are distilled down into a 20-minute film that is an homage to the city that never sleeps (unless it’s face down on a sodden handbag, or comatose and sun-bleached like a beached whale on the pebbles). The camerawork is beautiful, with glorious shots of dozy carousel minders, screaming end-of-the-pier Big Wheel riders, and late-night barbecue lighters, and the soundtrack (by Alan Boorman) is a cleverly manipulated mix that adds to the hyper-real feel.

The choice to show the film on the beach – in the very site it was created – is a touch of genius. The wind ruffling the screen adds to the surreal nature of the viewing. And the odd parallels of real and filmed action are entertaining and occasionally disturbing – giving the whole experience an extra layer of meaning is the sight of the on-screen late-night revellers mirrored in the passing across the screen in real-time of another bunch of late-night revellers – creating a kind of two-mirrors-placed-facing-each-other eternal corridor of action. Oh that someone had filmed the film with the live interventions! An exhilarating end to my White Night.