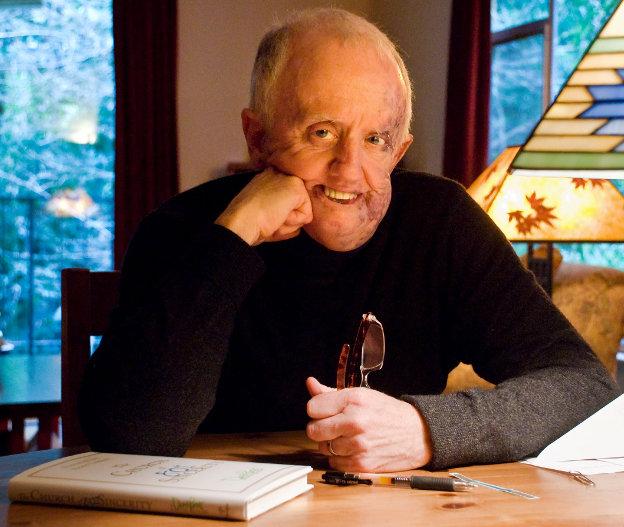 Before coming to see David Roche perform, I’d spent a lazy Saturday afternoon watching the Paralympics on television. Nothing too remarkable in that of course, just as in the minutes before the show began there was nothing too unusual in noticing a sign language translator and audio describer (Catholic Erotica is a part of the disability and deaf arts festival DaDaFest after all). Although taken individually these instances might not be especially noteworthy, in the days since I have been struck by the heightened visibility of disability in my day as a whole, a reminder of how far short as a society we typically come in the representation of this group of people.

Commentary on Roche’s face is scarce, until the conclusion of the show at least, yet the audience never get a sense that he is avoiding the subject, just that he has a lot of other things to talk about.

It’s tempting to want to play down the social implications of this performance, to judge the show solely on its comedic merit, to not make a big deal of this man’s face. And should we do that, we are left with a competent comedy routine, slightly faltering at times, but entertaining and heartfelt. Roche is a genuinely funny man – his ad-libbing at the end of the show revealed that. But to ignore this part of the show is to ignore the implications of such increased visibility and is to ignore the small steps that this hour-long show takes towards a social reality that I had a taste of on this particular Saturday. And ignoring that would be a shame; we all need more of these days.