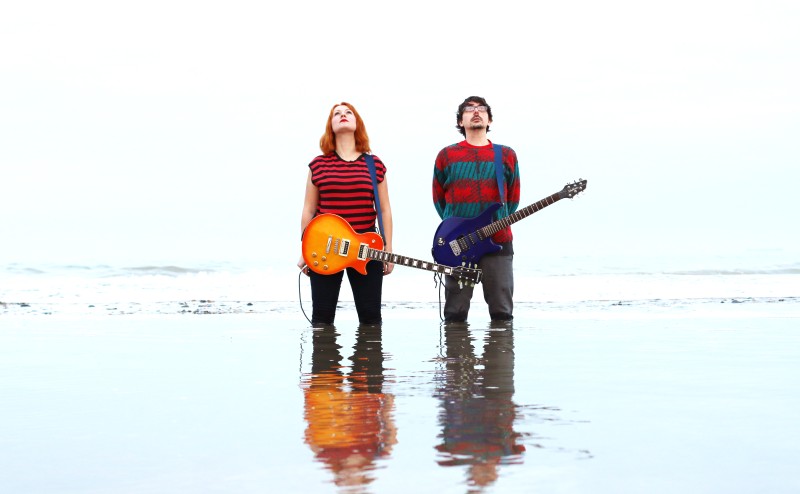 As a teenager who once dreamed of becoming insanely wealthy for the sole purpose of returning to the village where I grew up and buying the entire place only to turn it into the world’s largest maggot farm, there is plenty which rings true about tonight’s show. Writer/performer Molly Naylor and musician Iain Ross (from the band Bearsuit)  have created a storytelling show, with songs, that highlights how the choices and attitudes of our teenage self have shaped the person we are now, both in what we have stuck to and the things we have abandoned. The entire show is suffused with teenage difficulty and intensity: it is earnest, awkward, cynical, vulnerable and precocious. This bleeds through into the structure, performance and rhythm of the piece.

Iain Ross is avowedly non-theatrical yet he possesses an admirable dead-pan and a great sense of timing when it comes to undercutting Naylor’s excesses or evasions, who in turn carries us with her honesty and humour. The musical elements of the show work to separate the twin narratives (real adult and fictional teenager), heightening the emotional impact of the material they frame. At times I felt that these songs could have been performed in a more unabashed manner, capturing defiance and commitment above diffident awkwardness. Mostly this was a question of volume and drive on the vocals. I had a nagging feeling that the implied conclusions of the show were just a little too generalised to ring fully true, perhaps a mark of my own cynicism or the knockabout feeling of emotional shorthand in the adult sections, a kind of ‘you know what I mean’ style of play. But there is plenty to be joyously delighted in: bad parties, sauna heroics, Facebook sadism and genuine friendship.

One of the central themes is the conflict between idealism and cynicism. In this regard a certain anthemic pop-rock standard becomes a potent symbol of unredeemed commitment and candour and is all the better for being fully played with. We are asked to examine why we think what we think. Are we just parroting the badly constructed philosophy we fell into aged sixteen, or have we in fact turned away from what we should be and entered into the mendacious pact of adulthood where we swap honesty for advantage? There is also a strand about how we define others by their roles in relation to us, and how unnerving it can be when those people turn out to be just as human and shifting as ourselves. This is a playful and funny show about an almost universally terrible time in our lives which captures the passion, hope and fear that lies behind it.