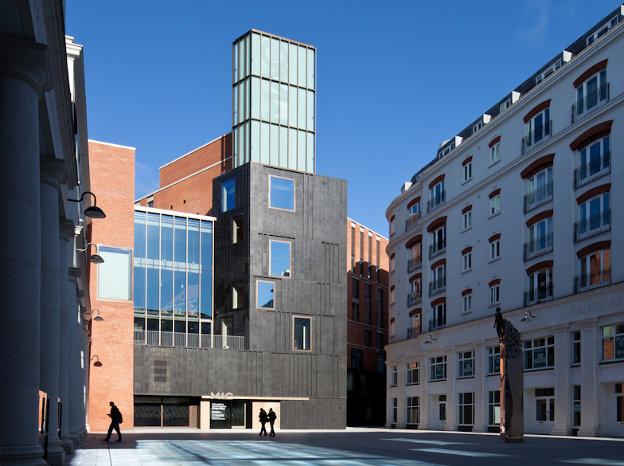 Not to be confused with mac Birmingham, The MAC – Belfast is a newly opened multidisciplinary arts venue with two theatres, three art galleries, one dance studio, three education and workshop rooms, four offices for resident arts groups, one cafe and bar, and one artist-in-residence studio.

The venue has announced its first programme of work, and its first artists in residence, and while the theatre strand is headlined (naturally) by a new drama about the sinking of the Titanic, there’s also a heavy slant towards dance with work from Protein, Maiden Voyage Dance, and Wayne McGregor / Random Dance.

The venue’s first artist-in-residence, occupying the building’s Imagination Laboratory, is the Sonic Arts Research Centre, which ‘brings together world experts of musical composition, signal processing, Human Computer Interaction and auditory perception to create amazing audio experiences’. There are also two companies in residence – Moving on Music and Prime Cut – and MAC will be running a year-round programme for emerging artists, HATCH, that will support up to four artists/companies by giving them access to MAC’s facilities and providing rehearsal space and informal performance opportunities.