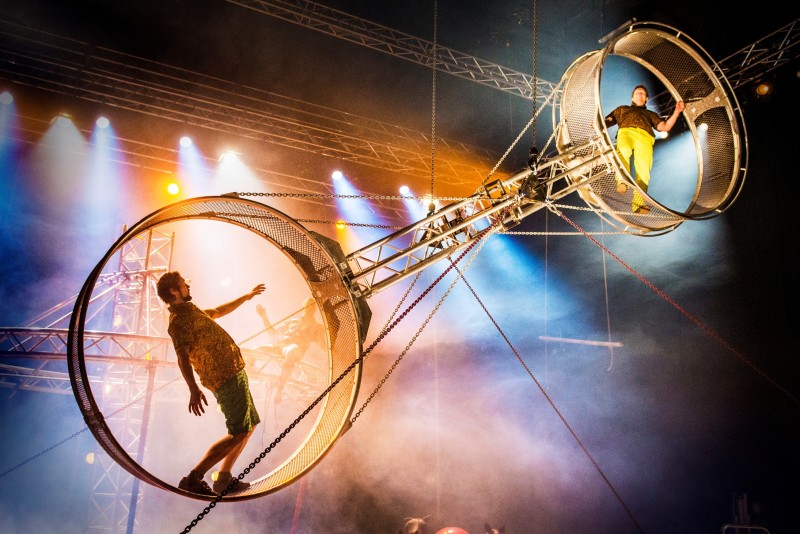 Race Horse Company opens CircusFest 2016 with Super Sunday, a show that is ridiculous and playful while remaining touching in its reverence to circus history. This young Finnish company was founded in 2008 on the premise of creating ‘a completely new kind of contemporary circus’ and they achieve this, somehow, by going back to its roots.

The central inspiration for Super Sunday is an old school amusement park, which provides a strong dose of nostalgia and plenty of toys. The company, sporting their fair share of man-buns and ripped clothes, feel distinctly cool on the one hand, and like classic circus carneys on the other – it all depends where you place them, and in the Roundhouse at CircusFest they manage brilliantly to incarnate both worlds simultaneously.

The current company, featuring Mikko Karhu, Rauli Kosonen, Kalle Lehto, Odilon Pindat, Mikko Rinnevuori, and Petri Tuominen, succeed admirably right out of the gate, putting their idiosyncratic humour front and center. We get to know the individual personalities of the guys as they each move and play in their own distinct style. Traces of capoeira, clown, breakdancing, yoga, parkour, martial arts, and even twerking find their way into the show (don’t blink or you’ll miss the twerking). But instead of belonging to particular acts, the styles and inspirations seep in throughout the roughly 70-minute show in various incarnations.

From the strong man and the carousel to the old rides and busted costumes, the classic days of circus past are on display with a vintage feel.  Ample time is dedicated to working traditional circus techniques on teeterboard, trampoline, Russian bar, and the classic (and daunting) Wheel of Death, and they manage to make the old feel new, and even a little bit funky, with a raw joy and collaborative spirit that breaks away from the stoic appearance of traditional circus acrobatics. In between these staples, they experiment with exercise balls, nunchucks, and a race car in an act that might leave the most lasting impression of the night.

Super Sunday delivers all the laughs, amazement, and revealing costumes you could ask for, and is a striking opening of what promises to be a landmark London festival. Check your programmes and get out to see everything CircusFest 2016 has in store! 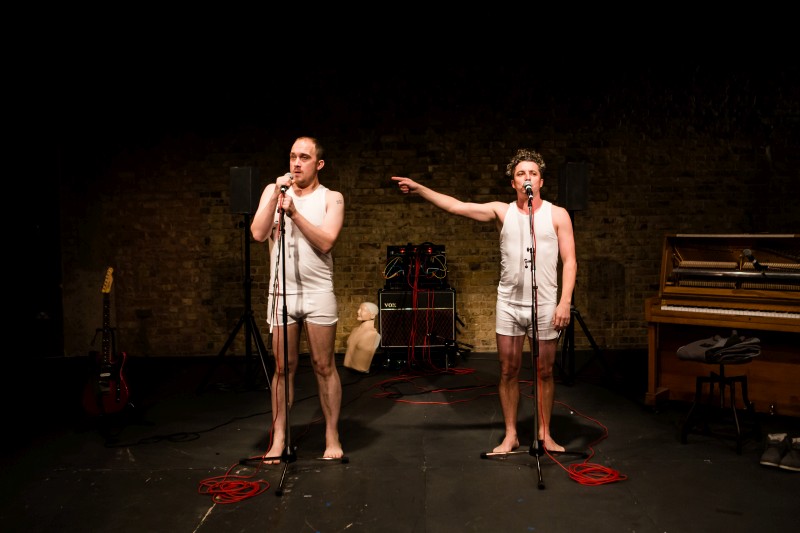 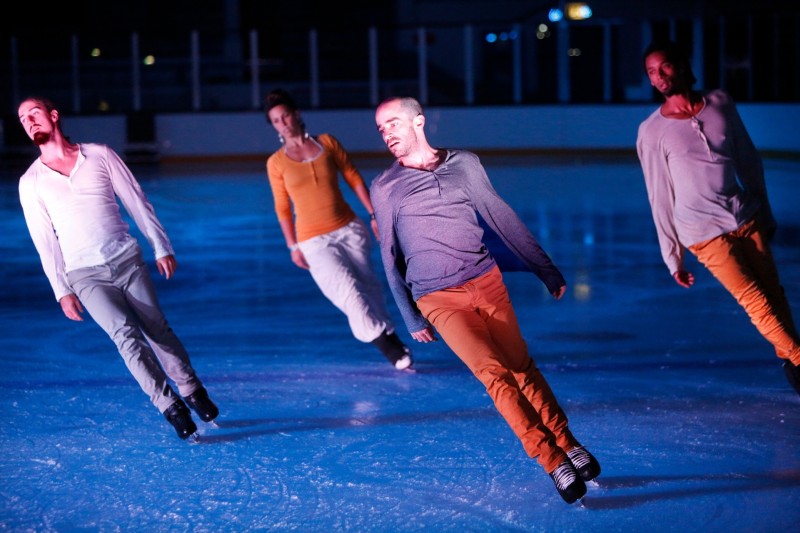 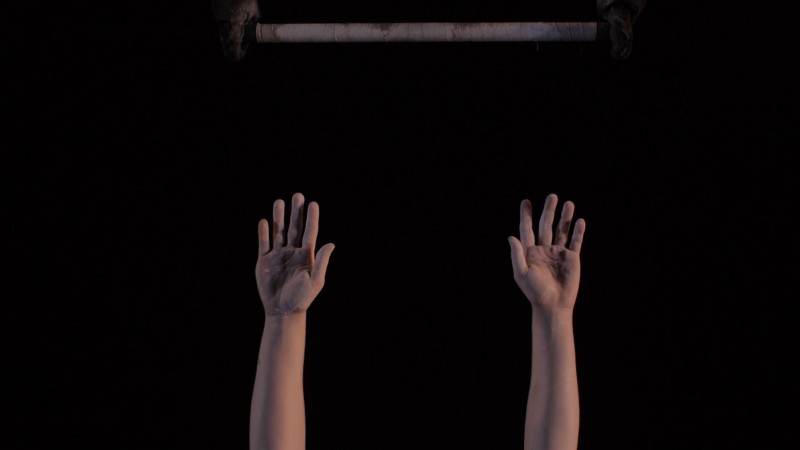 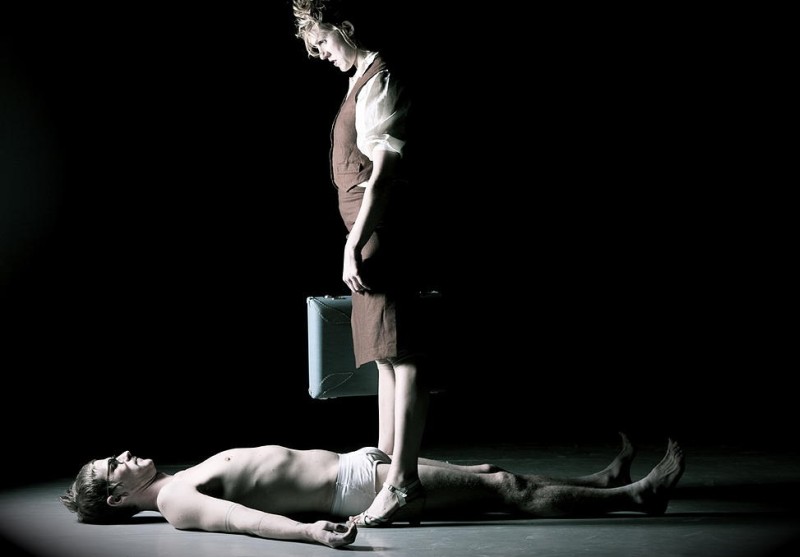 The two dancers, Cohdi Harrell and Laura Stokes, use acrobatic structures as vehicles for a subtle kind of poetry that feels more like a dream than a circus. Working in solo and duet, they lead us from the day-to-day grind of business and politics, beneath several layers until they are entirely bare. Piece by piece they lay open the poetry of politics – a done up business of showmanship that hides our nakedness, our humanness, and our poetic limbs.

Highlighted by a duo ropes section that brings circus arts into the realm of literature through its graceful reaching toward a sense that speaks more to prose than circus, I sat happily stunned for the better part of an hour. Smoke and Mirrors, which was a last-minute replacement at Assembly Checkpoint after a show had to pull out due to injury, has blissfully emerged as one of the must-see circus performances in Edinburgh this August.

The setting is as bare as the dancers’ bodies as they weave more complex, layered images than many of the much more highly produced spectacles on hand this month. This acrobatic dance duo from northern New Mexico in the United States offers an extraordinary glimmer of courage that is both unique and needed.