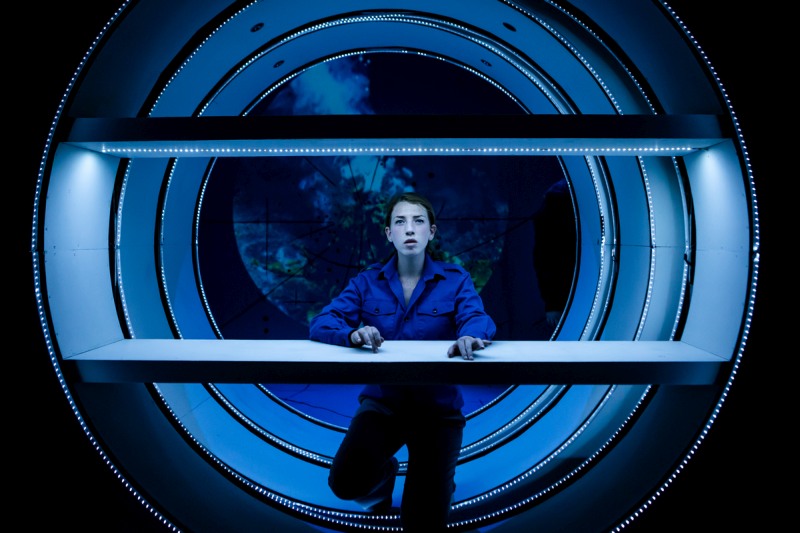 Curious Directive’s latest production has much in common with their earlier work After the Rainfall, which struck me as being fragmented, complex and full of big ideas and clever ways of weaving together seemingly disparate narratives. Pioneer indeed contains all of these elements, and in doing so explores perhaps one of the biggest ideas that humanity has had: the possibility of space travel, with all of its associated ambitions and risks.

Based on the conceit that that in 2025 the first human mission to Mars failed spectacularly, the production centres on Ghara 1, the latest attempt to reach the planet, at the same time weaving in sub-narratives including a marine biologist’s mission to the bottom of the ocean and two Russian brothers’ attempts to find the place where space travel began. There is a real sense of satisfaction as we begin to see how these complex strands knit together, finally revealing some surprising commonalities that speak of the universality of human endeavour.

It is pleasing to see the company’s stylistic stamp and clear voice communicating so well. This intricate multimedia production makes very effective use of projections, live camera feeds, multi-functioning set, and a strong futuristic aesthetic in Cecilia Carey’s design to illustrate and begin to make sense of the story. Slick physicality and well-rounded characterisation further drive the narrative along, and the unravelling of the two lead female characters is particularly well portrayed by Flora Denman as Imka, a fragile-seeming but driven astronaut, and Emily Lloyd-Saini as Shari, an ambitious but flawed project leader.

Taking inspiration from sci-fi thrillers, this piece explores the genre with effective attention to detail, and culminates in a particularly exciting and surprising denouement that aptly illustrates the production’s repeated idea that the space between a lunatic and a pioneer can ultimately be very small indeed.