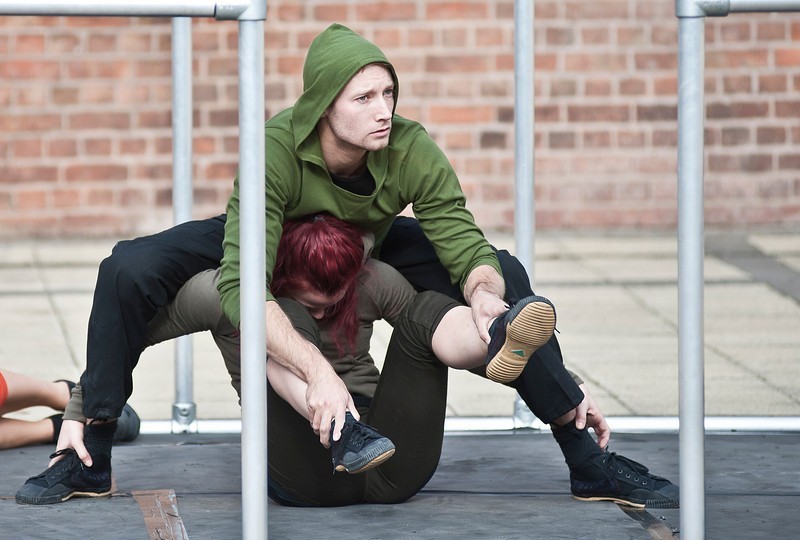 http://fairchanceproject.com/resources Part of Greenwich + Docklands International Festival for the third year running, the Greenwich Fair event showcased UK and international outdoor arts of the past year, presenting both new and proven street arts work in various locations around the town. The format revives a historical fair that used to fill Greenwich’s streets with sideshows, booths and menageries.

http://amg-serrurerie.fr/6857-dtf37663-comment-aborder-une-fille-site-rencontre.html The majestic Old Royal Naval College was transformed into a hive of activity as the enthusiastic crowds of Greenwich Fair huddled around several stages, undaunted by the blustery English weather. The grey day was punctuated by the luminous wigs and stilettos of Levantes Dance Company’s Canapé Community, but blink and their snapshots of dance could easily be missed. Swapping a traditional stage for a trampoline, both Max Calaf’s Any Day and Tilted Productions’ Fragile defied gravity. Soaring, swimming, reading and even attempting to drink spilt water that was, for a few precious moments, suspended in mid-air, Calaf sprinkled pieces of paper to amused and bemused children, whilst across the river in the Island Gardens, Tilted Productions somersaulted and tumbled in a darker, trance-like state, a demeanour also possessed by Motionhouse’s dancers in Captive.

source d'image Trapped on all sides by a dense audience encircling a steel, cube-shaped frame, in Captive two male and two female dancers fought their minds as well as the cage around them. Scouring the frame looking for freedom, the dancers’ agility and focus demanded attention when the choreography became unimaginative in places. Using each other for leverage and momentum, comfort and conflict, the two pairs danced through a tumult of emotions as they suspended themselves from the frame in a spectacle that was crowd pleasing rather than challenging. The steel frame, so easily lifted at the end, possibly formed a metaphor for the deeper psychological motives that seemed to drive the dancer’s emotions. The proximity of the dancers to the cage and the cage to the audience created a close, tight world, the boundaries of which were broken only in moments where a flash in the eye of a dancer acknowledged and absorbed the world beyond the cage. Inspired by Rainer Maria Rilke’s poem ‘The Panther’, the piece’s repetition of pacing steps and exhausting phrases – combined with relentless pouncing and climbing – evoked the simmering power of the animal and its territory described in the poem. In an emotive section, the performers pushed and leaned, chest to chest, arms outstretched behind their partner, trapped in a strangely claustrophobic but not fully formed hug. The repetition and time spent playing on the physicality and emotions attached to that idea made for a particularly striking section amongst the chaos of the swinging and climbing.

Beneath the bow of the Cutty Sark ship, an unassuming container formed a world where the commotion of the fair was replaced by a close, quiet environment for a contemplative audience. This was Res de Res & Artigues’ (remor), where one male and one female dancer occupy this re-creation of a prison cell and share it with a small, packed audience. Invited to use hand torches in the dimly lit cell, a receptive audience interacted in an interrogatory nature. The tone of the piece unfolded into a story of love and fear as the parallel lives of two lovers played out before the audience and within their space. Despite being a Total Theatre Award winner in 2012, the company’s dancing, whilst emotive and passionate, seemed a little bland to me, lacking the rich vocabulary of motifs and gestures that would have layered meaning and distinction onto the movement.

Programmed in parallel with Wired Aerial Theatre’s poetic and serious As The World Tipped as one of two big evening finales, Bad Taste Company’s Faust was performed at Cutty Sark Gardens. The piece, developed as the principle show in 2012’s Without Wall’s programme, seemed to have found its fullest context in this location and to have overcome some of the problems encountered in Brighton, the backdrop of the London cityscape, lit from across the river in Canary Wharf, adding a certain resonance to its scenes of corruption from the roaring twenties. A lesson in the history of jazz and hip-hop, Faust was true to its historical legacy whilst thrilling audiences with its breaking jams and fiery set (and without a hoody in sight). Windmills, freezes and head spins performed in time with the music and by performers immaculately dressed in waistcoats and ties was the ultimate way to deliver breakdancing. Bad Taste Company glided and lindy-hopped through scenes of temptation to the jazz music of ‘Take Five’ and an instrumental, beaty version of ‘Sing Sing Sing’, and ended with a competitive finale that would have raised the roof had there had been one.

Rebecca worked as a dance teacher, lecturer and choreographer for eight years specialising in tap and jazz. She has a background in Art History and is currently training further in medieval history and contemporary choreography with a particular interest in live art. At the early stage of her dance writing career, Rebecca reviews and analyses theatre and dance performance and is working on a papers for publication.