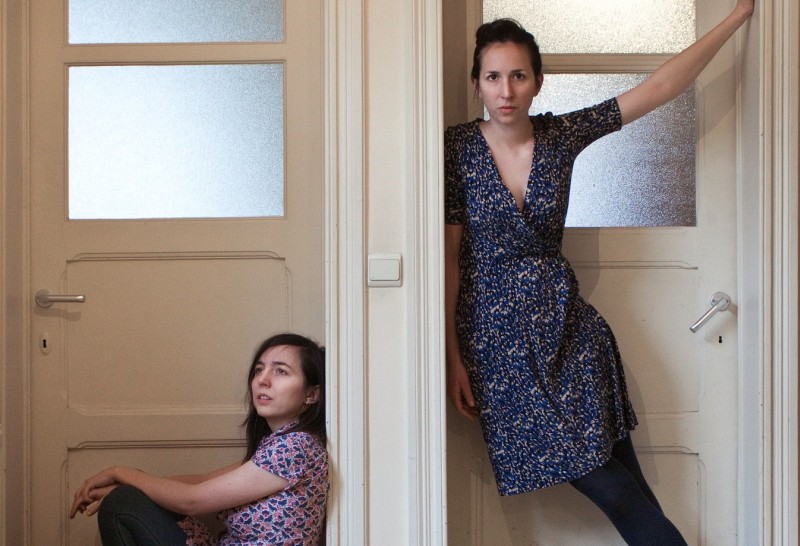 In a nondescript living room, on stage in a nondescript theatre, Ans and Greg have a problem. Of that much they, and we, can be sure. They had high hopes to present an inspiring theatrical homage to obscure Enlightenment novel Jacques the Fatalist and his Master by Denis Diderot. They feel it is a masterpiece whose explorations of meaning making in story and life, of freedom and of truth, were centuries ahead of their time, wrapped as they are in a postmodern form whose every act of using language to tell its tale pushes it self-consciously further from the essential truths it seeks to express.

The young duo are steeped in Diderot’s ideas. They are both writers themselves (they tell us). They casually drop erudite quotations about the ideas their ‘Denis’ explores. They trip over one another, they bicker, they gradually expound on the problem they are grappling with – it’s their relationship. No, sorry, it’s that to summarise Diderot’s ideas is to subject them to the very principles – of order, of unity – that his prose and philosophy resists. And plus the world has changed a lot since the Enlightenment. It’s harder to believe in anything – the structures Diderot was dismantling perhaps now come ready dismantled. But so long as they keep talking, the problem is deferred. And meanwhile they have some issues between themselves to try and sort out.

Where the World is Going, That’s Where We Are Going won the award for young theatre at Belgian theatre festival Theatre aan Zee, and is presented as part of the Big in Belgium showcase of the best new Flemish work at the Fringe, and the production offers fascinating insight into a different theatre vision. This is performance as conversation, packed with philosophy – a salon of ideas whose careful writing (by sisters performer Ans and dramaturge Louise Van der Eede), inevitably exacts the principles it discusses. We are invited to be mindful, to bring ourselves to the table, and the performers practically invite this too in their style and manner. The show feels immediate, real and inviting, at the same time as being self-consciously scripted and staged. This freshness of tone is necessary because the conversation is circular, miscommunications abound, and the ideas are dense. Its writing is clever, its performers charming, the form quite hard to digest – in short it’s a perfect, difficult candidate for a programme platforming new Flemish theatre to new audiences.

This production is presented in Edinburgh by Theater aan Zee, Richard Jordan Productions, Theatre Royal Plymouth, and Big in Belgium in association with Summerhall