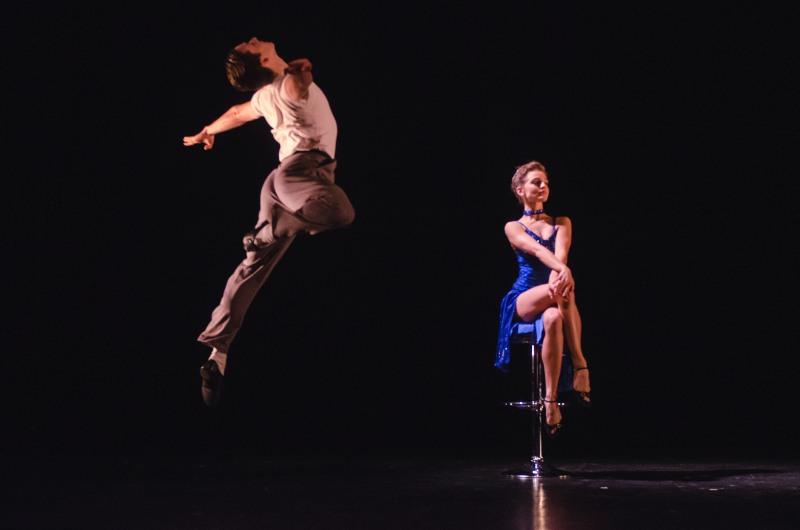 MurleyDance present three distinct pieces of choreography, performed by highly trained ballet dancers. There is the sublime precision of line you would expect, just as there is control and exactitude in the execution of the smallest elements of the work.

Ballet, like any activity refined beyond the realm of normality to the height of its own definition, is perverse; it is a world unto itself governed by history and guided by a singularity of style. It is a powerfully heightened state of being on stage and as such it rather struggles to express the mundane. As if the subject matter itself could not live up to the form. Thus the first two pieces crash painfully against the boundaries of the art itself. The intense visuals and excellent production values cannot prevent a sense of the work being hollow behind the stunning visuals. The constraints of the pallette of movement felt too apparent.

You either fall towards a work like this and are consumed, or you are left outside of its scope. Thankfully the final section is utterly incredible and allows for exactly this overwhelming experience. With Into Decay by Richard Chappell we see finally these bodies whose stillness is fuller than normal stillness, whose will is so present in the smallest motion, move in deeply satisfying ways, putting into action what cannot be said. The use of the full company allows for a symphony of point and counterpoint to cascade from the stage. Moving as a company they are sublime.