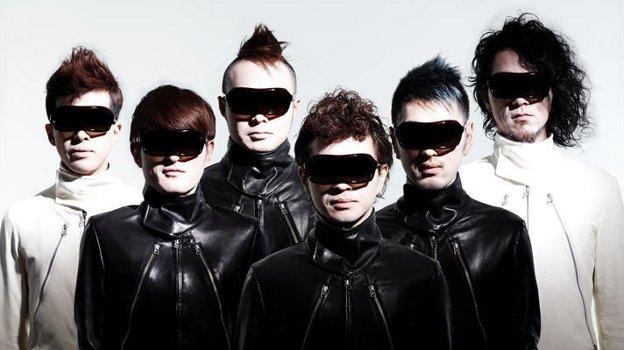 So, who remembers Yellow Magic Orchestra? They heralded the 1980s with their spectacular mix of electronic pop music, Kraftwerk-esque ‘showroom dummy’ performance, cutting-edge animation, and live computer-gaming references. Siro-A are like the wayward children of YMO: 30 years on, the technology has advanced, but the aesthetic is similar – yet this time the ante is upped considerably. Technodelic Comedy Show (the name really doesn’t do it justice) is brash and breezy yet good wholesome fun, bringing out the inner (Japanese) child in us all. Siro-A are highly accomplished performers, and they use their great big box of tricks to great effect.

So, we enter the hall and a guy with a camera is filming the audience, with a live feed to a large screen. Yes, stylistically just like Ontroerend Goed’s Audience, but a million miles away in intention. Little moments of animation come into play: a heart is drawn around a couple sitting together and they nod and smile – it is a sweet and gentle moment.

Then, Bang! Back goes the screen and we see and hear two DJs at their decks, set behind two onstage stations, white on white. The stage becomes a wild whirl of flashing monochrome visuals, a daze of black lines on white, and the hall is filled with the sound of hyped-up electrobeats. A troupe of white figures dance on, wearing ridiculously tall white stovepipe-shaped headdresses and we are off on a marathon of upbeat music, animation, and non-verbal live performance.

The show’s an absolute treasure trove of delights. In a sketch the company call ‘twinkleman’ characters adorned in LED lights ‘puppeteer’ each other, switching colours at the touch of finger. There’s a gorgeous contemporary shadow theatre section in which a performer starts an electronic track off with the bass thud of a ball hitting the ground, then moves away to reveal that his shadow has taken up the beat. He adds more and more loops, and each time his shadow takes the baton, so that as the layers of sound build, more and more shadow figures are seen bouncing balls, waving arms, dipping to the floor, or spinning across the stage. In another scene, a man comes on in a white t-shirt that changes to a black t-shirt, that is now an Adidas shirt, and now a Puma one – except that the puma has come to life and has run off from the t-shirt. And so it goes, with ever more elaborate t-shirt animations.

And running through it all are a hundred-and-one references to favourite old-school computer games (here comes Mario!), a colour palette of the brightest fluorescents you’re likely to find outside of a Tokyo comic shop, a loud and lively electronic soundtrack with myriad pop references, not to mention some of the most manic and animated human performers you are likely to see anywhere. It’s mime, but not as we know it!

A brilliant, bright and beautiful show that will hopefully return to the UK soon.