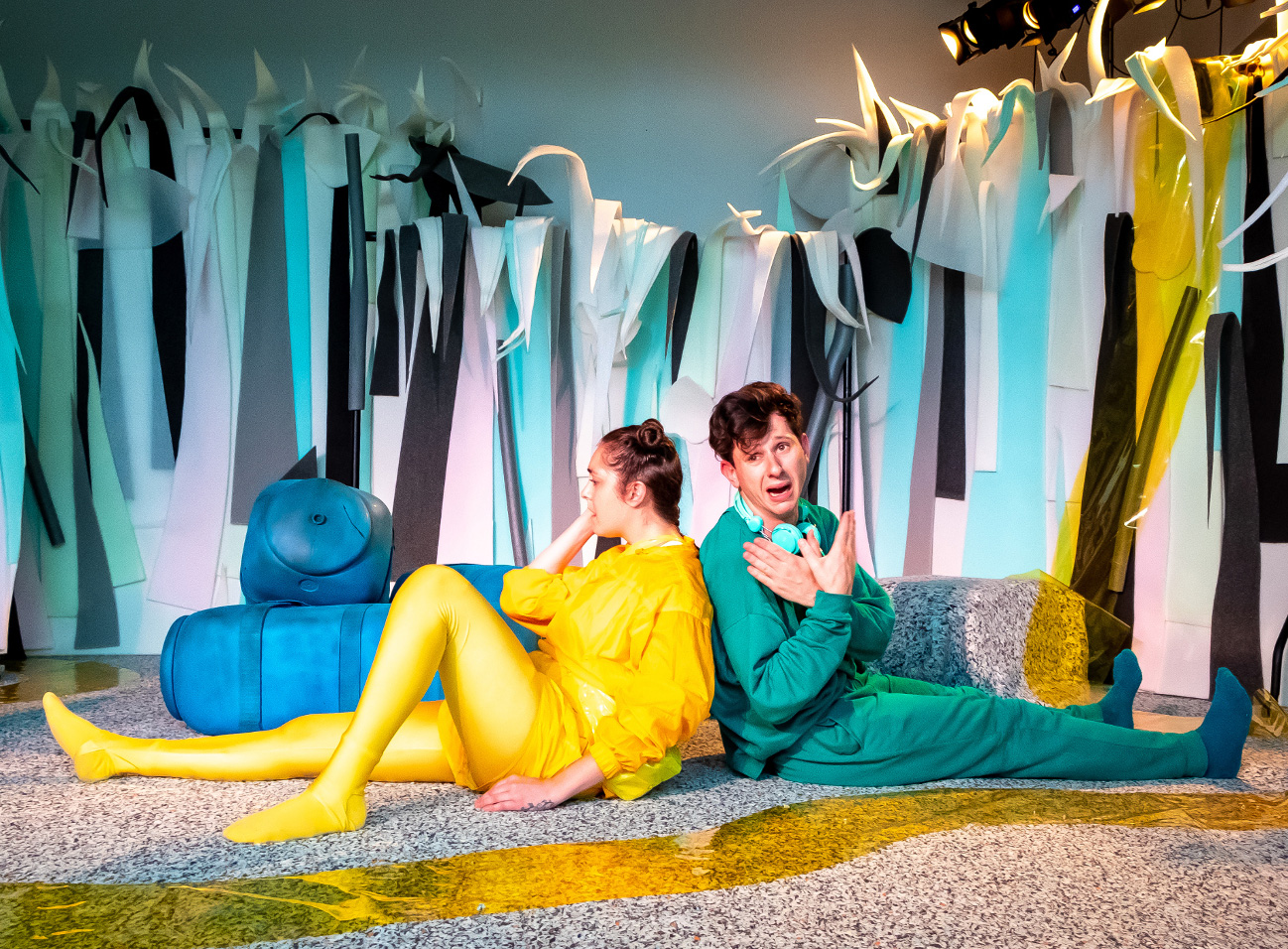 The Herd are a Hull-based company making new work that connects with young people and SLIME is an engaging theatre experience for younger children bringing to life some of the magic of the micro in our gardens. I really appreciate seeing a children’s show that sidesteps cutesier creatures in favour of insect protagonists and a perspective from down in the dirt. Young children are sponges when it comes to relating to the world around them, and anything attempting to rehabilitate sympathy for our insect co-dependents is a Good Thing in my book.

The show does a lot of things right. The company have created an intriguing and welcoming environment, that fully wraps a back room in Edinburgh’s Central Library. Converting it into a ‘slime garden’ involves enclosing it with giant grass blades sculpted in coloured foam, while squishy foam pebbles and floor create a pleasingly tactile environment. Created for 2-5 year olds, the story employs only 12 words, all supported with BSL in the performance, to effectively articulate the plight of a slug and a caterpillar in a garden with only one leaf, just out of reach, to satisfy their urgent hunger. The characters are interestingly and sympathetically drawn: Lucy Bairstow’s Slug is sweet and open, fully embodying the joys of slime’s sensory therapeutic qualities. Finlay McGuigan plays arrogant Caterpillar for laughs, but both actors mange to convey the desperation of life at arthropod level and the urgency of their situation even as they, inevitably, overcome their difference to become friends.

This heightened emotion – the alarming (literally) threat of slug pellets; the desperate hunger and hurtfulness of some of their interactions, maintains a level of intensity throughout that is a bit much for younger audiences. The show hasn’t yet found the space and quieter bits of performance to invite a sense of ease and wonder which would balance the fear and conflict. The storytelling rhythm also needs a bit of refinement – its drive and that essential clarity of intention needed by very young audiences get looser at points in the middle. But the performances are detailed and really fun, and the show’s intention making insects identifiable is heart-warming and important work.