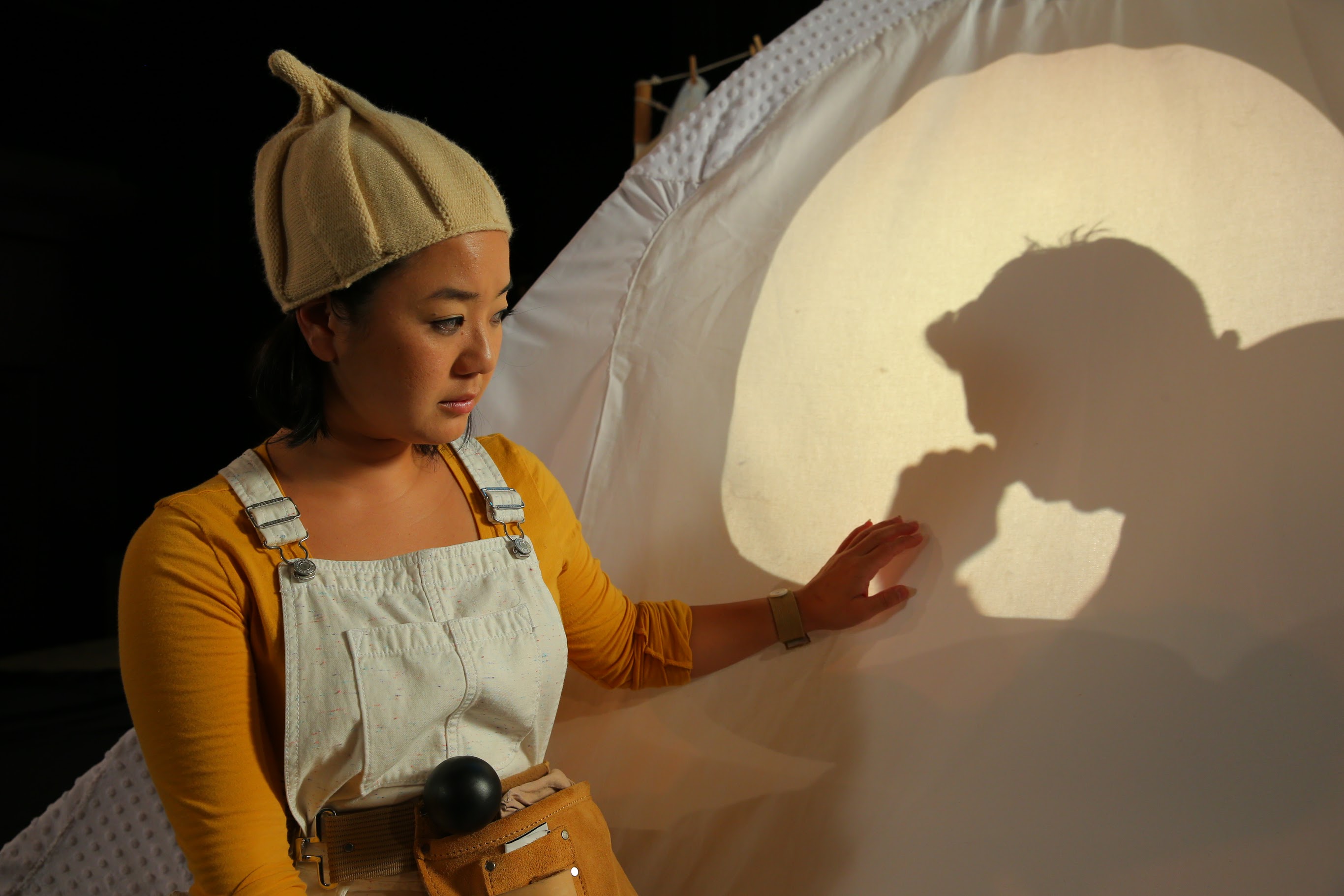 Sparkle has been created by Scottish theatre-maker Annie Cusick Wood, former collaborator with the acclaimed Catherine Wheels (who share a supporting credit for this show) and Visible Fictions before her move to Hawaii. Aimed at 3 – 8 year olds, the production digs into those intense first experiences of starting school through the lens of one sparkly boy’s efforts to hang on to his identity.

It’s an identity that does not conform to the one-size-fits-all cut out paper doll expectations of the students around him and the production finds some effective theatrical languages to really hone in on the hopefulness and vulnerability of this pivotal moment for young children. Sparkle – first figured as a golden child in a bubble, much to the delight of my four year old – lives in a simple world of a rather magical small white tent, with his companion Gerald the caterpillar and cared for his friend and our narrator (Tina Uyeno). Strings of cut-out dolls are brought to life in shadow form, animated with the real voices of children’s laughter. Later, their presence hangs heavy on the upstage flat when Sparkle is at home. His name encapsulates his identity as a boy who loves glitter and tutus and resists the blazer and sensible shoes he must wear to school.

Catherine Wheel’s influence can be felt in the material unfolding that underpins the story’s shape. A simple rhythm tales us through Sparkle’s first three days at school; he wakes from his tent, tries to dress for his day and then the discoveries and tribulations of the playground are watched by Uyeno as shadow scenes through a golden telescope. The rhythm soon feels predictable, but this supports the show to go to some difficult places in its unflinching focus on the difficulties Sparkle faces at school for being different and his anguish and confusion at his treatment.

This is a simple, accessible show, gently done, that celebrates difference and retains an authentic child’s eye view, despite a fully grown man (Nathaniel Niemi) embodying the five year old Sparkle. I hope my own school starter will take its kind and hopeful message into his class.