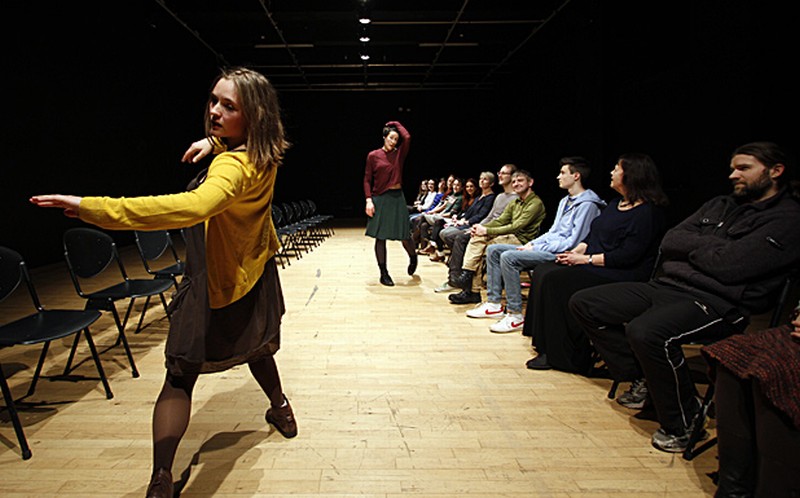 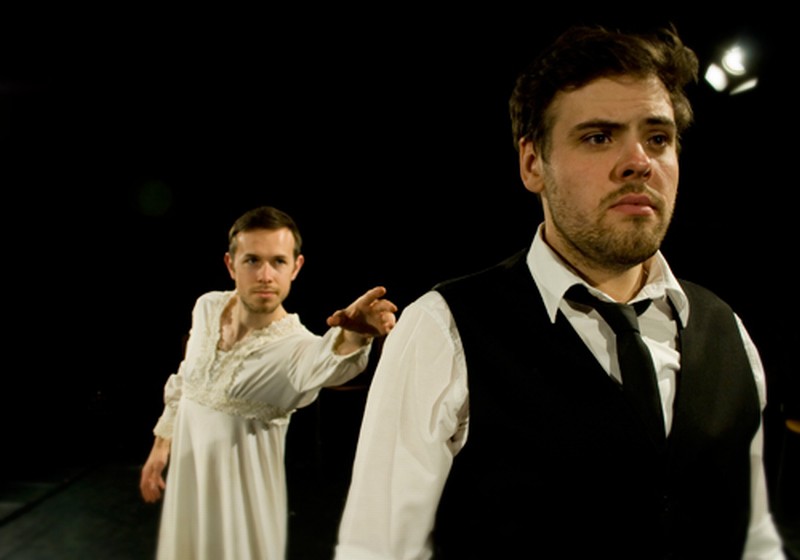 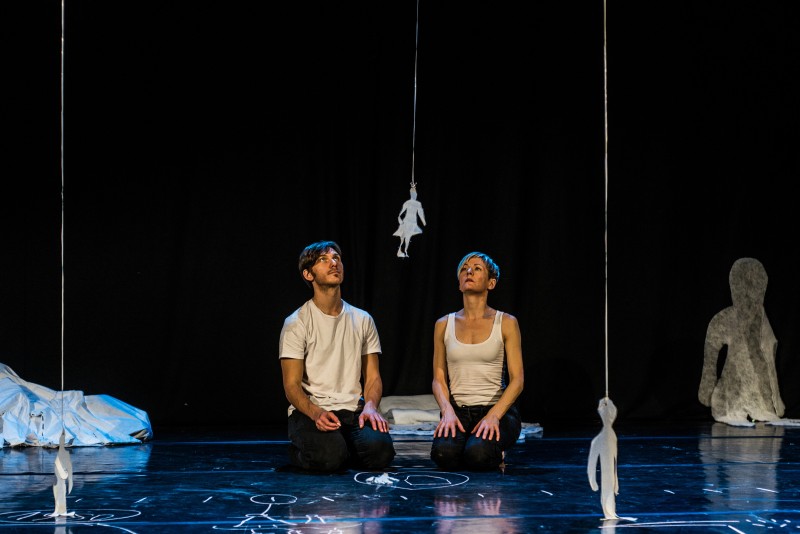 Vinicius de Moraes, poet, musician and Brazilian diplomat, said in one of his songs that ‘when we really love we can see the child in our partner’ and it seems to me that this phrase summarises what happens when you watch Chalk About. You are hit by a wave of love so intense that you dive head-first into the universe of the young child, with all its sweetness, freedom and cruelty. This play, originally created by Christine Devaney and Leandro Kees, and here staged/performed by Devaney with Hendrik Lebon, has the power to transform us into kids again for a brief instant, and without a hint of anything patronising.

Using the stage floor like a huge blackboard, the performers – both excellent dancers and actors – start the show by creating a series of drawings in chalk, drawing the contours of their own bodies and other shapes. This alone is enough to pull us into the central idea of this work, which seems to me to be able to present concepts to children which are often taken as possible only in the world of adults.

The performers then make a list of everything that kids want to see in a show – dinosaurs, severed heads, violence, blood, Harry Potter, the Queen on a horse, etc. – And all that they do not want to see – love stories, kisses, art, fairy tales, etc. In an amazing sequence of quick movements that combine choreography and pantomime they present all the elements that kids want to see all at once, leaving us exhilarated and making us laugh out loud.

But soon we realise that this is a means to introduce us to the second part of the piece, where we will be surprised with what children supposedly would not like to see. And therein lies the magic of this piece, which manages to talk to children about life, the world, love, pain, and all those other concepts that seem to belong to the adult world.

The beauty of the construction and the manipulation of objects is absolutely touching and sweet, and what makes it all much more profound and powerful is the choice of not using any colour. Everything is white; everything is like a slate that can be scribbled and painted by the child’s imagination.

This piece is on that rare list of works in which we leave the theatre grateful that someone has created it. Citing another Brazilian artist (Jo Soares) ‘what we do not invent, does not exist.’ Thankfully, Christine Devaney and Leandro Kees invented Chalk About. 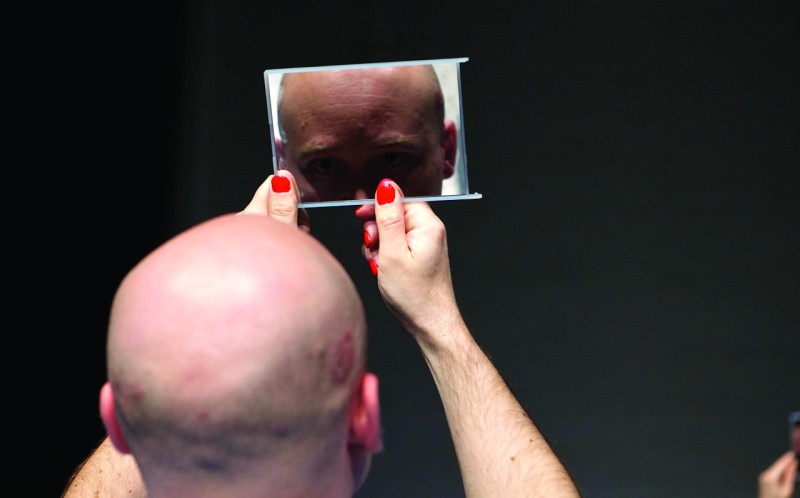 The penultimate piece created by Pina Bausch, who died in 2009, Sweet Mambo, like most of the choreographer’s work, continues in the company’s repertoire, living on after the demise of its creator. This is due to the dedication of the entire company and its artists, many of whom have worked together for decades, as well as to the efforts of the Pina Bausch Foundation.

Even after such a long time, and despite the absence of the choreographer, it is easy to see how proud the performers are to be part of this work, and their dedication to keep true to its utter essence. In my view, the video recordings of the great works by choreographers such as Bausch are useless (other than serving as documentation). Nothing can compare to the power of the experience of watching a show like Sweet Mambo.

What is most striking in the work of Pina Bausch is the sharpness with which her multi-dimensional creations are produced: how they are orchestrated in their various spatial vectors (vertical and horizontal) and within time; the use of sound; and a sense of drama that transcends the boundaries of tragic and comic.

Like other works of Bausch, Sweet Mambo is infused with sensuality, beauty and striking images that only a creator in the highest degree of maturity, accompanied by interpreters of the same calibre, can conceive. From details like the use of the singular voice of Nazareth Panadero, or the dazzling dresses created by Marion Cito, and the evanescent set design by Peter Pabst, this work captures and impacts us in every minute.

Sweet Mambo has only nine performers, a small number compared to the other works of Bausch post Cafe Muller (1978), yet it is fully loaded with the concept that permeates all her works: the longing for love.

There is no telling to be done about the choreographic construction of this piece, as in so many other of Bausch’s works. Her impeccable signature combined with a fine tuning between performers and creator means that nothing less than the best of each is placed on stage.

The aesthetic revolution undertaken by Pina Bausch since 1973, when she took over the artistic direction of the Tanztheater Wuppertal – is something extraordinary and undeniable.

Despite all this, and despite a certain feeling of ecstasy described by some viewers following the presentation of Sweet Mambo, I dare to say something that perhaps pervades the whole of Bausch’s work: the virtuosity in the use of all elements in a kind of Gesamtkunstverk (the German Romantic concept of a ‘total work of art’) turns this show into a work without risk, which somehow impoverishes it before the current global socio-political scenario.

Perhaps the world is moving on – but it is a joy to have the works of Bausch still here with us.