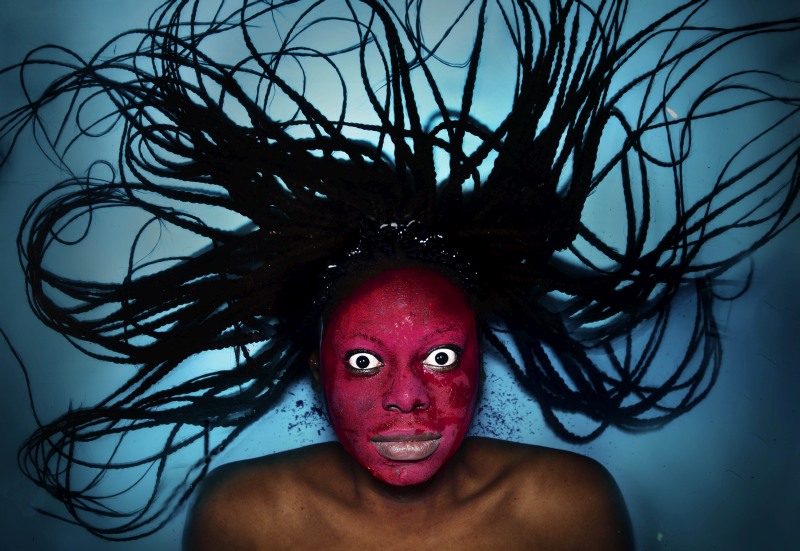 It was at LIFT 2012 with the show Minsk 2011: A Reply to Kathy Acker that the Belarus Free Theatre burst on to the consciousness of Britain’s theatre scene. Fugitive from their own oppressive state, the company’s voice accesses a passion and sincerity rarely available in work made here. In this co-production with the Young Vic , the company’s creative team is joined by performers and artists from other countries, uniting in the ambition to create work that speaks vividly for those who do not have a voice, raising awareness of the plight of people under the regime in Belarus and elsewhere.

For the creation of Red Forest the company have cast their net wide, collecting testimonies from individuals in many states. What unifies the stories isn’t always clear beyond the broadest of banners: all of these voices tell of experiences of suffering for reasons beyond their control, be that civil war, natural disaster, resource exploitation. Not all can be attributed to man’s inhumanity to man and the show’s core question as framed by Young Vic Director David Lan in the programme – ‘What are you using your freedom for?’ – doesn’t necessarily feel like it’s articulated in the piece as a whole. Rather, this feels like a paean to a lost way of being, a lament on the destructive disconnect between mankind and the world from which we’re formed.

The show opens with a Native American ceremony, as the sun rises over the stage in video. The voice of the man represented here is soundtracked, rendering his actions almost filmic, crisp and strange. The stage space – a triptych of earth surrounded by two panels of water – is carved out as ceremonial space. On either side, two banks of indigenous instruments behind a corrugated plastic sheet are manned. Earth, water, light, music – this is an elemental vision of humanity.

The show’s action is presented through the eyes of a young woman who finds it too hard to approach her own Nigerian mother’s history and so displaces her focus to witnessing other stories. Performer Michal Keyamo, playing a new mother, perhaps her own, but increasingly archetypal in her huddled protection of a tiny babe in arms, then becomes the focal point of a series of accounts that span nations in their tale of human suffering in the first decade of the twentieth century (each story is prefaced by a projection detailing the time and place of the account. I wanted more, but perhaps that’s another show). Each voice triggers a new scene, a new place, and the young woman and baby are washed along with the life of the world conjured physically.

This is a deeply lyrical production and it takes time for its energy to settle and the language to assert itself. All of the testimonies are voiced over, and the mimed early sequences on stage feel a little overdrawn and naive. As the action become less illustrative, working in counterpoint with the voices, the richness of the show reveals itself. The ensemble work is lovely, making easy muscular sketches of different communities from around the world, gently, expertly bring these places to life through evocative gesture and play, in both celebration and violence, often animated by full throated song. Video and lighting designer Andrew Croft excels in creating a thing of profound beauty that plays stunningly with the effects of colour, water, lyrical photographic and digital imagery, light and shadow. The piece becomes more mesmeric as it builds and despite the relentless bleakness of the stories portrayed the beauty with which they are expressed itself conveys a sort of hopefulness. If we can make this stuff beautiful, what else are we capable of?