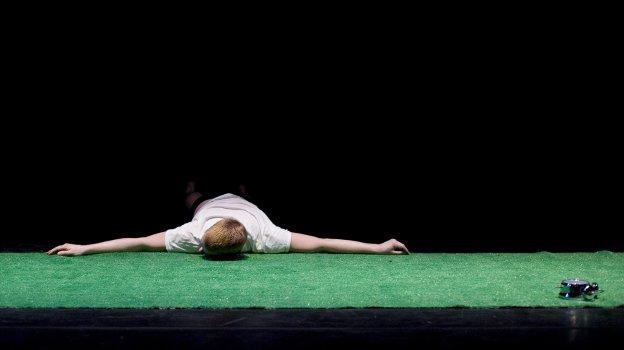 Laïla Diallo: A Triple Bill (Imprint / At-Any-Moment-Something-Else / Between The Shingle And The Dune)

Canadian born and Bristol based, the choreographer Laïla Diallo presents three of her key works for an evening at the Arnolfini as part of the venue’s dance season. Taking its inspiration from Borges’ The Book of Imaginary Beings, the evening opens with the introduction of Theo Clinkard in a solo performance of At-Any-Moment-Something-Else (2010). Stood atop a piano […]

Hofesh Shechter has carved out a name for himself as one of the high flyers in the world of dance. Two years ago he created a ‘choreographer’s cut’ of his pieceUprising/In Your Rooms, which was performed at London’s Roundhouse as a dance-meets-rock gig. The music was impressive, the sightlines a horror. Now, back at Sadler’s […] 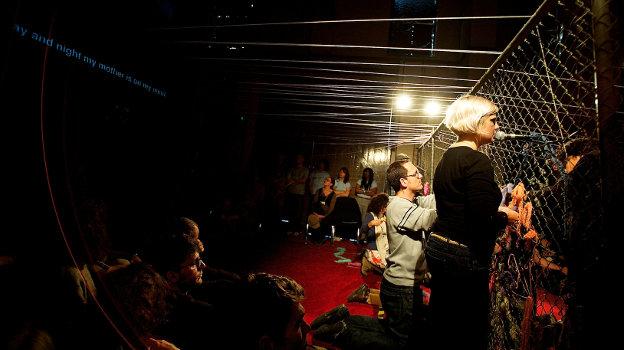 The Un-knitted Lives of Young Girls is part of a long collaborative relationship between visual and performance artist Anne Bean and young Iraqi performance artist Poshya Kakl. The performance was a screening of Kakl’s film Knitting Iron on two large screens hung on either side of a long industrial space in Birmingham’s AE Harris factory. The film documents […] 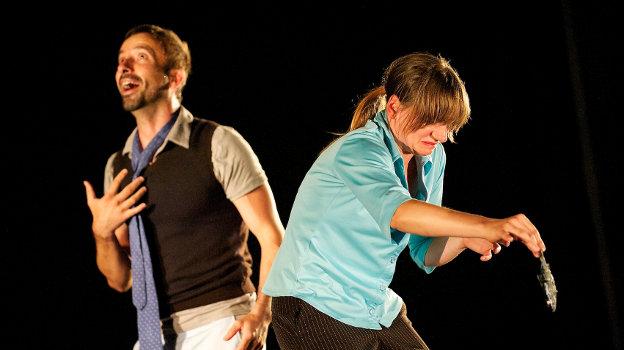 THINK FISH by the Austrian company cieLaroque/helene weinzierl was the final performance of what had been a tense Friday evening at the BE Festival, and so its light energy and easygoing comic style was well received. CieLaroque/helene weinzierl are described in the programme as Austria’s most prolific dance touring ensemble, demonstrating BE Festival’s success in importing […] 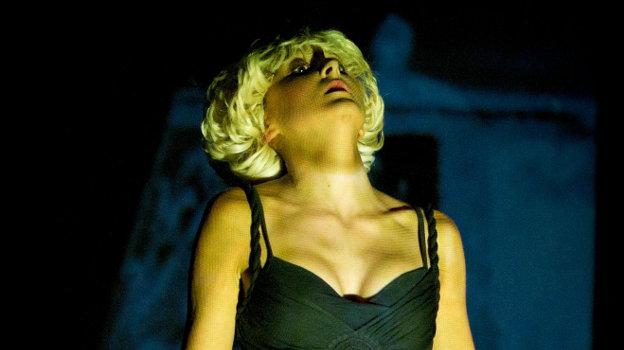 Sleepwalk Collective: As the flames rose we danced to the sirens, the sirens

A lone woman in a blonde ‘Marilyn’ wig and slick black dress stands at a tall microphone. She speaks to us directly but with an accent that’s hard to place and poetic text that, like a dream, starts in one place and ends in another. The blonde woman talks about black and white movies and […]