Dear Diary: Lisa Wolfe reports on a weekend spent in the company of  a feisty bunch of Old Dears at Chelsea Theatre, the culminating event of Sacred 2015

Batten down the hatches – we’re entering choppy waters. Old Dears, a weekend of radical feminist performance by an older generation of women, is fittingly launched by The English Channel, in which Liz Aggiss conjures archive dance into the present and gives the older female artist permission to please herself on stage.

It is the perfect starting point from which to celebrate mature women who will not, or cannot, pull the plug on their experimental and challenging work; and to reflect on the state of play between Live Art and feminism. 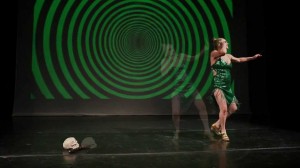 After a good old Essex knees-up on stage with Liz, the audience settles to watch a short compilation of seminal films from the Live Art Development Agency (LADA) archive.

The screening encapsulates the breadth of work gathered under the Live Art banner: video works, performance, installation, and body-based art – artists finding the form to best express the idea.

When Lois Weaver’s alter-ego Tammy WhyNot asks older people at a care home in Poland about their sex lives, the most elderly and elegant woman states without a blink: ‘Women can have sex at 98 and men can’t, we are more than men.’ It’s as if she always knew this, never felt less… Francis Mezetti and Pauline Cummins spend a day as male alter-egos doing slightly errant acts in the back-streets of Dublin… The late Monica Ross leads the reading of the Universal Declaration of Human Rights, an international project that becomes more potent with each new reader… Bobby Baker (rendered a ghost by the mal-functioning projector), performs Spitting Mad, merrily making art from junk food, a flag to wave for better nutrition. We glimpse Anne Bean pouring honey into her open mouth… 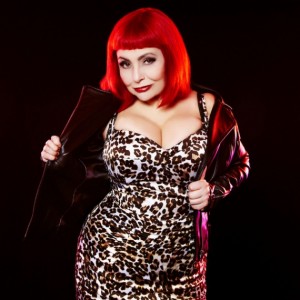 For Susana Ventura, who takes the stage from the front row of seats, the medium is a life lived as Penny Arcade. Her autobiographical monologues The Girl Who Knew Too Much, and Longing Lasts Longer, the latter fresh from a three-week run at Soho Theatre, provide some of the material for tonight’s partly improvised show.

She is harsh and uncompromising one minute and brimming with compassion the next. In the only nod to stage-craft, instructions are barked at the lighting technician ‘Change the lights! Change them again!’ This playfulness succeeds, but a period spent in total darkness feels lazy; talking to herself, without us to riff against, the material weakens. When a phone goes off in the front row it sparks a fascinating section about caring for your elderly mother, funny and heartfelt.

I believe Penny when she says ‘I didn’t prepare anything, I didn’t see the point’ because I know, and she knows, that she can pull it out the bag. I don’t believe her when she says ‘You can’t break a Penny Arcade show, I don’t care enough’ because there are moments of truth and understanding here that demonstrate otherwise. Tonight these moments are rare, but enough to prove that she cares deeply about her art. 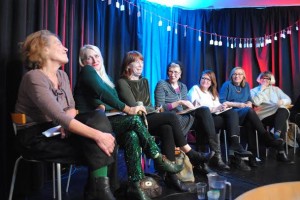 At Saturday evening’s discussion, the panel is so weighty with the heavy-hitters of contemporary performance that it inevitably outruns its time-slot and denies the audience a contribution. The speakers are asked to reflect on the impact of feminism on their work.

The choices and potted histories are fascinating. Geraldine Pilgrim (Hesitate and Demonstrate) describes her early days in theatre, appalled at the opportunism of male producers. She is still combating sexism in academia today. For Judith Knight (ArtsAdmin) the Thatcher years heightened her political awareness.The roll call of women artists supported by her organisation is a glorious reminder of how far we have come. The writings of Helen Keller and Anne Frank obsessed a young Anne Bean, who wrote letters to her older self, understanding from early on that you contain your own future. Being described in 1986 by dance critic John Percival as having ‘a body as unconventional as it is unattractive’ did not deter Liz Aggiss from making uncompromising dance inspired by Hilde Holger and Valeska Gert. Lois Weaver, proud originator of Split Britches, reminds us that most large organisations are still run by men. We don’t get into pay differentials, religious subjugation or ingrained sexism in classrooms and societies around the world, but the undercurrent is there.

Central to all these reflections on lives spent making or supporting art, is the notion of an idea or passion that needs to be creatively realised and transmitted. If we are now in the fourth wave of feminism, we need, as Judith says, to recognise that young female artists are just as influential as these old dears, that they are strident and fearless too. Had the time-keeping been tighter, and the panel smaller, it would have been good to broaden out the debate and share our thoughts. 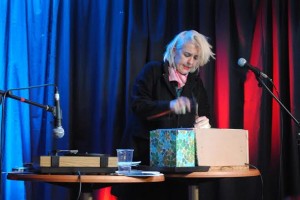 For her new piece, Recalibrating Hope: (h)old dear and let go, Marcia Farquhar has decided to think happy thoughts in her ‘dotage’, using her large collection of seven-inch singles as a spur to memory. She recalls the moment when she realised one could ‘wear lipstick and think at the same time’ or had to make a choice between reading about Camus’s suicide or eating a sandwich (a reference to a Helen Shapiro tune). But the happy thoughts are framed by sadder memories and by rage: her mother widowed at 41, in a pale lemon linen suit at her father’s funeral, his death rarely ever mentioned (Johnny Cash, Born to Lose.) Opinions are fired out: ‘We must remove the word “should” from the vocabulary’ and ‘I used to want to shout out “what’s the use?”’ As the recollections and anecdotes mount up (‘Every girl in Chelsea had 2.5 hamsters’) Marcia paints a vivid picture of her life as a misfit amongst the bohemians; an artist who found her way through force of will, pushing herself into the limelight and gaining the courage to perform. While the records spin, she is banging away on a tin-tray lightbox, or dancing sexy to Marc Bolan, or asking what music we want to hear. It’s an energetic, vital, hilarious hour, full of soul, and nailing what it was like to be a girl in Swinging London. The final record is God Save The Queen, (Sex Pistols) to which Marcia stands erect, her lightbox glowing with the message Give Up and Go On. Now that’s a freeing notion for all of us, regardless of age or gender. 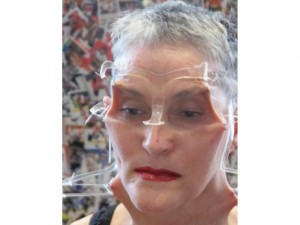 Earlier, in the discussion panel, producer Nikki Milican observed that Live Art by older makers is not necessarily made as entertainment. That only holds true in the final performance of the weekend, Between Menopause and Old Age, Alternative Beauty. It is a showcase of work by a group of women who have spent a week with the influential Mexican artist Rocio Boliver.

Katherine Araniello guards the entrance to the space, her face a Fauvist painting, her expression severe. She is bit of a sweetie really, letting me pass with a wink. On the landing, two women are performing a version of Yoko Ono’s Cut Piece, slicing fabric from their unitards to reveal a breast here, a scar there. Similar in size, colouring and body shape, they are pleasantly symmetrical and tender to each other.

In the theatre, things take a darker turn. Pools of light frame women performing acts of subversive beautification; one with legs akimbo plucking her inner-thighs, another sewing hair onto a kipper, positioned as a vagina. On the floor, a naked form can be glimpsed wriggling inside a giant rubber tube and another woman straps herself to a chair with tape, falls, and repeats. In the corner a woman has a heart carved into her back with a scalpel. There are pomegranates. Rocio Boliver, spot-lit on a rostrum, is being strung with fishing line to transform her body shape. Only Helena Waters, as a Mexican wrestler-cum-gimp offers some audience interaction, climbing over seated bodies, inviting a slap on the bum. It is more exhibition than performance, and I struggle to find a personal connection to it, aesthetically, intellectually or emotionally – mainly aware that sharing work made after a week of intense immersion in ideas and issues takes courage. As I thank Katherine for allowing me to leave (with another wink) I know that these scenes will linger in my memory, they’ve made an impact.

Old Dears was the culmination of the final three-year tranche of LADA’s Restock, Reflect, Rethink investigation into live art and feminism (2013–2015). It also brought to a close Chelsea Theatre’s Sacred Season 2015.

From Penny Arcade passing down the wisdom of 47 years as a performer, Liz Aggiss and Marcia Farquhar putting a spin on youth and embracing the future, to Rocio Boliver and her colleagues challenging expectations of what the ageing female body can do and be, it’s been an interesting ride. 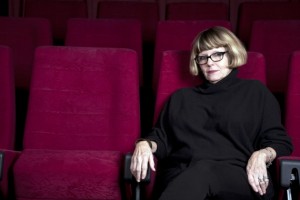 Old Dears was presented at Chelsea Theatre 27 & 28 November 2015 as part of the Sacred Season: www.chelseatheatre.org.uk

It was curated by the Live Art Development Agency (LADA): www.thisisliveart.co.uk