Beccy Smith explores mime as contemporary performance in the work of Gecko.

In 2002 I stumbled into a Pay What You Can performance at BAC by a company I’d never heard of whose show had been picked up for a longer run after being spotted in a North London pub theatre. This early performance of Gecko’s first show, Taylor’s Dummies, is one of the few theatre experiences imprinted with vivid clarity, more than ten years on. I can remember just where in the studio I was sitting. The bravura opening sequence with a game of ‘tag’ played out between three identically dressed male performers and a handful of shop window dummies slipping in and out of animation. The electric blend of acrobatic dance and silent movie star panache, with gig-like stylings through smoke and side lights, scored by the driving patter from a live drum kit and peppered with surreal imagery (A shapely woman’s leg emerging from a table! A tiny lounge-singing puppet baby!). The production, which returned to BAC in 2003 before embarking on a national and international tour, was a breath of fresh air: physical theatre vivified by a brilliantly chosen score, experimental total theatre that played intriguingly with narrative and character in an unabashedly epic style. Although bearing hallmarks from the backgrounds of company founders Amit Lahav and Al Nedjari – with the David Glass Ensemble, Ken Campbell and De La Guarda – the work was different, more filmic and mood driven, and yet physically highly specific in character and imagery. I revelled in it, and wondered what it was. 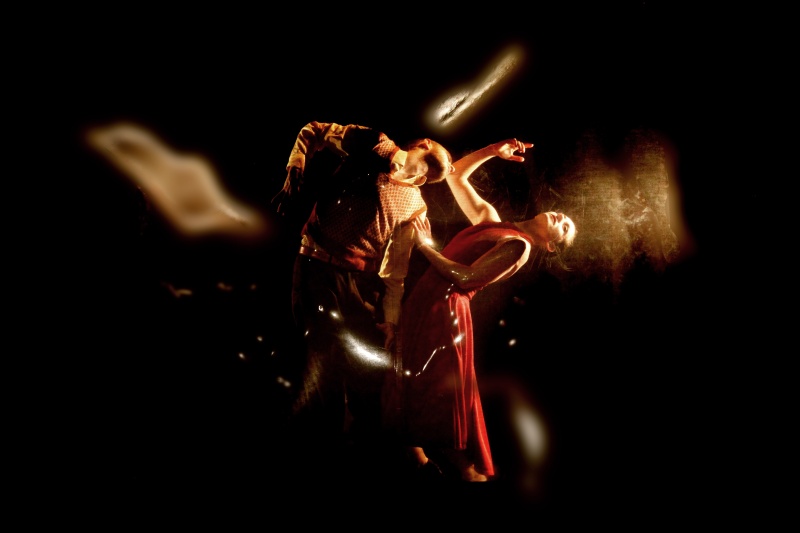 Ten years on and the company continues to innovate. Now led solo by Lahav, its stated ambition ‘to arrest our audience’s imagination, awaken their senses and fill them with energy and vitality’ has deepened and developed through five shows. Gradually, the company’s scale and range have grown. They are one of the success stories in British cultural exports. Their unique language, largely wordless, effortlessly crosses borders. Their exploration of the possibilities of dynamic theatre in movement easily assimilates some of the exciting theatrical trends of recent years: puppetry, circus and digital imagery. It’s still compelling and intriguing to watch but now I have a language for the form the company are playing with. And it’s a form currently enjoying its ‘annual revue’ across London: mime.

The genre of mime is often greeted with suspicion by British audiences, distracted by visions of sub-standard street statues or the enforced jollity of childhood charades. Each year, London International Mime Festival does much to bust popularly held myths about the genre, showcasing the diversity of its contemporary incarnations in performances driven by physicality, rich visuals, and the comedy and empathy that can be conveyed by figures in motion. This year Missing, Gecko’s newest production, is one of two shows by British companies in the Festival, following a smash hit Edinburgh run. Considering Gecko’s work through this framing helps to draw together the seemingly diverse strands and languages of their work. 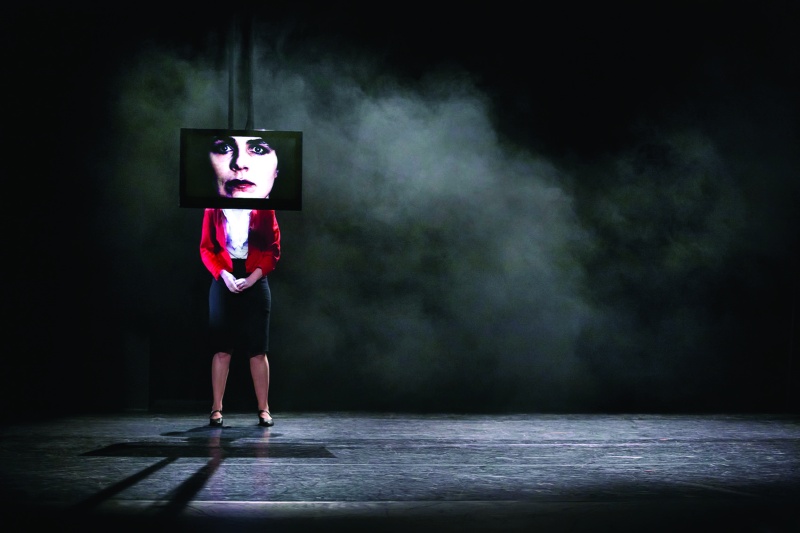 The company themselves describe the foundation of their practice as ‘movement’ and this often leads critics and audiences to discuss it in terms of dance. Yet the particular codification of the everyday which makes Gecko’s work so identifiable, its emphasis on the presentation of character through recognisable emotional states, speaks with the specificity of mime, not the abstractions of dance. In their second show, The Race (2003–2007) character conflict rests on the tension between the overwhelming demands of the everyday and our need, and simultaneous incapacity, for transcendent moments (embodied here as the arrival of a first child), for a sense of progress ironically obscured by the quotidian ‘race’ for survival. The need to connect, to live fully, is a recurrent metaphor which relates to the movement languages used by Gecko to embody their ideas. Everyday movements, crafted but immediately identifiable, crack open and flower with emotion, inflecting their rhythm and dynamic. Their grounding in reality forges a connection to our contemporary world and provides a strong base from which to reach toward the shows’ more metaphysical themes – of a mystical self realisation or breaking free from restrictive patterns. In Missing, a woman is metaphorically absent: the actions of her working day – meetings, conflicts, negotiations, drinks, dancing – are carefully drawn in choral composites that whirl into life across the stage’s travelators and screens. A recognisable relationship, lapsing into security and acting as a canvas on which deeper insecurities can finally be drawn, is expressed through a series of physical duets developing through intimately familiar sequences of gesture. Our protagonist yearns for a sense of completion, to better understand the conflicting impulses affecting her, and these deeply felt concerns are grounded in movement languages drawn immediately from life. 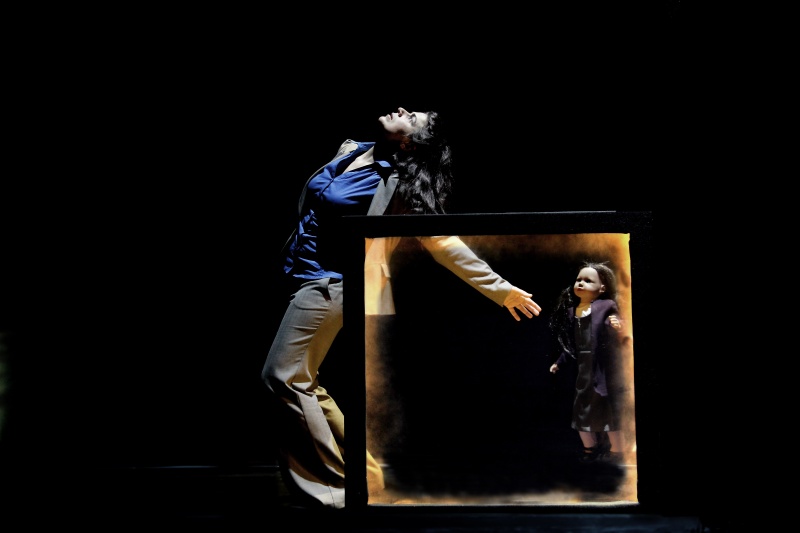 The definition of mime, which Lecoq worked so hard to rehabilitate, is that of imitating the reality of the world. The worldiness of Gecko’s subjects – from men’s insecurity, to navigating life’s big events and the psychological malaises of modern living – are well served by a language that is also drawn from the world. The underlying dynamics within and between characters and the rhythms of the environments we live in are conveyed into movement. This can propose rich metaphors, like the entrenched boxing and wrestling between characters representative of Palestine and Israel in The Arab and the Jew (2008), or the walls of a vast interconnected bureaucracy breathing in The Overcoat (2009). The readiness with which Gecko’s work can cross over into some of the traditional lexicons of mime – the world of the silent movie for example, which forms the primary style and language of their loose adapation of The Overcoat – attests to its essential presence in their work.

Lecoq was also instrumental in reuniting the methodological connection between mime and clown. Clown is central to forms of presentation of Gecko’s characters – performances refer and relate to us directly. Key characters – from the three men in the throes of diverse stylings of existential anguish and glorious meltdown in Taylor’s Dummies to Lahav’s mysterious svengali character who seems destined to help the protagonist in Missing – perform to us knowingly: our presence heightens their own. 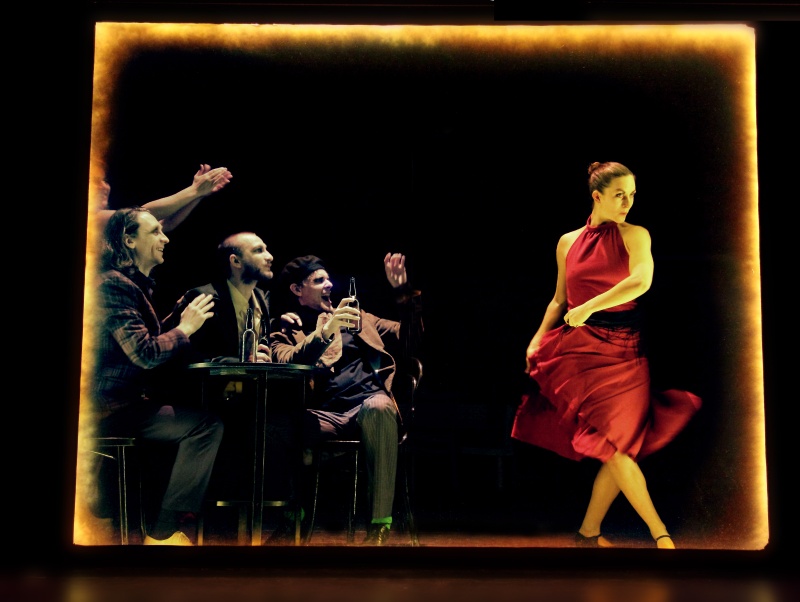 Mime re-presents the world we know through movement and in doing so offers exhilarating opportunities for theatrical fireworks in performance and rich metaphorical languages that can feed every element of a piece of total theatre. Mime is also a form preoccupied with outward presentation – it’s all show no tell, after all – and this is sometimes reflected in the dramatugy in Missing, which is rich in emotional depth but somehow content-lite. The mythical outlines of the stories don’t quite hold up to scrutiny; the emotional lines a little obscured by the inclusion of sequences (especially those from the protagonist’s past) which seem to owe their inclusion in the show to theatrical flair rather than storytelling necessity. It is though, the richly poetic theatricality which ultimately carries the production, as it swings from one moment of sublime visual lyricism (Chris Swain’s incredibly inventive lighting design deserves special mention here) to another. All the exhilaration of Gecko’s work is still there: the engine of bodies in motion and the irrepressible desire to convey feeling through rhythm and gesture drive the show relentlessly onward, and the company to continue to invent.

London International Mime Festival is a key event in the UK’s contemporary theatre calendar for the innovation and breadth of performance languages on offer from around the world. Triumphantly flying the flag for the UK, Missing is one of the clearest illustrations of mime’s contemporary power and relevance.