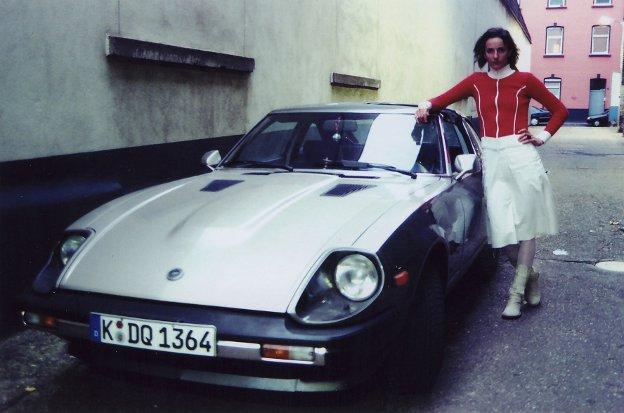 Motor Show is the second collaboration between Shunt co-founder David Rosenberg and choreographer Frauke Requardt, following 2010’s critically acclaimed Electric Hotel. It is the major project supported by 2012 round of Without Walls commissions and will be touring nationally following its premiere here. In stark contrast to the elaborately constructed edifice ofElectric Hotel, the scene is set in a desolate corner of wasteland that has become a place for late-night parking up. It shouldn’t be difficult to relocate to sites in many of Britain’s recession-struck cities, especially in the north. The languages of this world felt peculiarly non-English however. Whether it was the sultry, throaty cover of AC/DC’s Hells Bells that opened the show like a private rock gig (or a private dance), recurring at intervals throughout, or the isolation-in-a-landscape style that certain American artists have nailed into the popular consciousness (images from both Davids – Hopper and Lynch – floated up for me during the performance), the show’s world felt more American than English.

This certainly isn’t necessarily a criticism. In fact, if anything it adds to the sense of alienation the production seeks palpably to evoke. I left the performance feeling electrified by the experience: the simultaneous distance imposed by the scale (an expanse of lonely gravelled car-park in an obscure corner of Brighton in which most of the characters are discernible only as moving colours and shapes, faces too distant to make out) and the uncomfortable intimacy of the headsets through which Ben and Max Ringham’s pitch-perfect, richly atmospheric score of strange covers are amplified is spine tinglingly weird.

The show satisfies on an aesthetic level that includes the rhythmic arrival and withdrawal of a range of vehicles like a sort of motorised ballet, each unfolding a weird world that pursues a dreamlike (or nightmarish) logic, only occasionally feeling too clinically precise. I found the recurrent image of a schoolgirl emerging from the boots of different cars to tentatively explore the space, eventually proving herself the downfall of the piece’s protagonist, particularly powerful. Thematic repetitions of characters and choreography effectively amplified the thematic build, but this abstraction was tempered by nuanced character-driven choreography and humane storytelling.

I can’t imagine another show where I could be touched by the nerdy posturings of a caravan holidaymaker attempting to seduce a pair of cool girls, disturbed by a tumble of gimp-masked chauffeurs rolling out of his caravan, or moved by the elegiac choreography of empty romance around three matching Nissans. Suffused with surreal beauty and revelling in its weird world, Motor Show’s bleakness is a powerful example of the unusual form of theatre Rosenberg and Requardt have made their own.